Cumin lamb is a Xinjiang (新疆) dish, similar to Yang Rou Chuan (grilled lamb skewers). Like the wildly popular (and delicious) chuan, it has gone beyond Xinjiang to become a popular dish all over China. I’ve seen it most often at authentic Hunan, Sichuan, and Chinese halal restaurants.

It’s really not difficult to see why cumin lamb, flavored with whole cumin seeds, has become such a popular dish. Cumin and lamb is a flavor match made in heaven. Add some hot peppers and plenty of cilantro, and it’s a dish too perfect to ignore. With white rice…I’ll use a phrase that Bill and the girls taught me over the years: Daaaaaaaang.

As a matter of fact, cumin lamb is one of my mother’s favorite dishes, and she usually doesn’t even like lamb. That’s how good it is. Fun fact, most Shanghainese people don’t like lamb—I used to be one of them, I’m ashamed to admit. You will never find any lamb dish in a Shanghainese restaurant.

That said, I really don’t know why that’s the case. According to TCM (Traditional Chinese Medicine), lamb’s benefits include: expelling dampness from the body, warming the blood, and improving your overall Qi. Not surprising, then, that the best time to eat lamb is in the autumn and winter. So as summer comes to a close, what better time to post this recipe?

One last point I want to make: the trick to a good cumin lamb is the lamb fat. Hear me out. Overly lean lamb just tastes tough and unpleasant. The addition of a little extra marbling makes all the difference in the flavor and savory quality of the dish. I used leg of lamb, which ended up being a bit too lean. Most recipes will tell you to use leg of lamb, but I think the shoulder cut is better. Whatever you do, find a way to get some lamb fat in the dish. 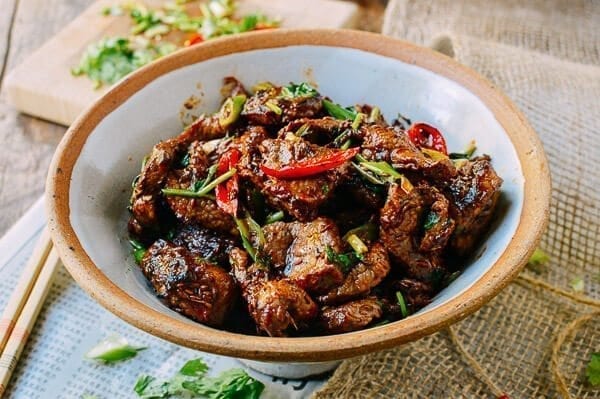 Pad lamb dry with paper towel before cutting. Once cut, combine the lamb with the marinade ingredients in a bowl—cumin powder, cornstarch, oil, light soy sauce, and Shaoxing wine. Set aside and marinate for 30 minutes.

Once the lamb has been marinated, heat a wok over medium heat. Add the cumin seeds to the wok and dry toast them until fragrant. Turn off the heat, remove the cumin from the wok, and set aside. 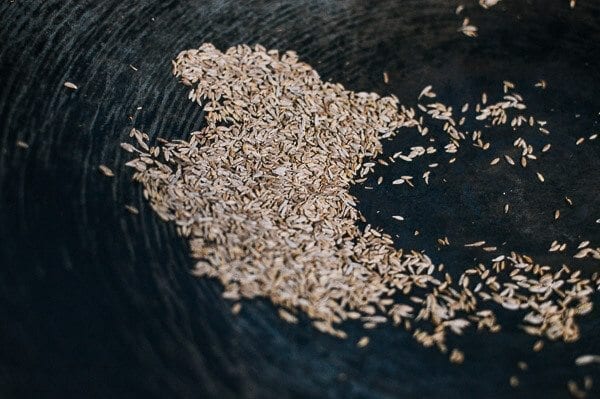 Now heat the wok over the highest setting until it starts to smoke. Add two tablespoons of oil to coat the wok, and then immediately add the lamb. Sear the meat until it turns brown and starts to crisp slightly. The high heat will sear the meat, but keep it tender as well. 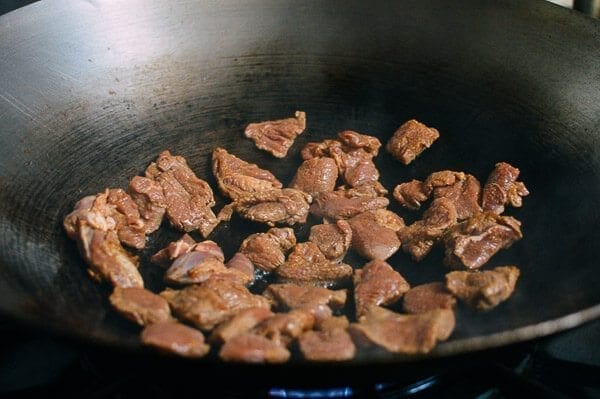 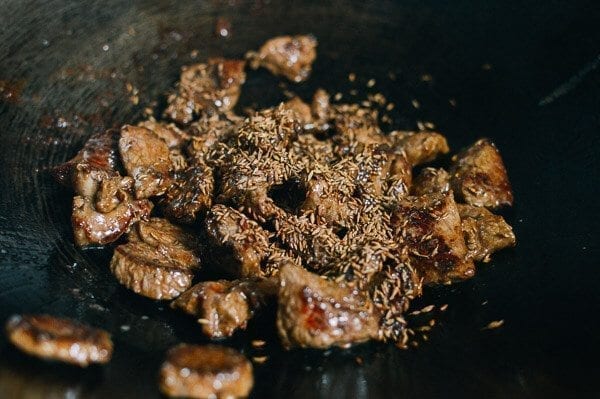 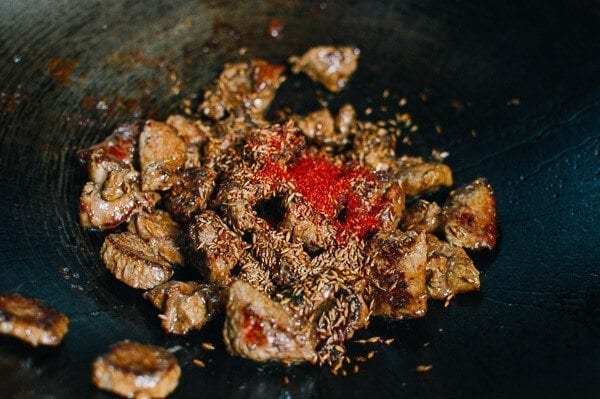 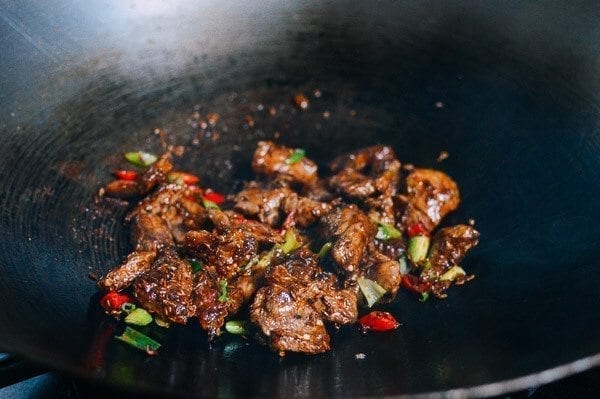 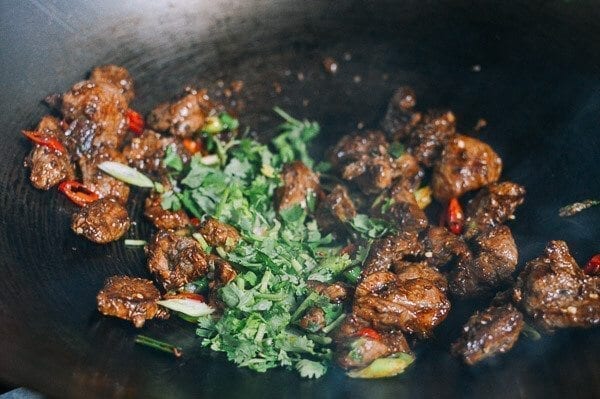 Toss everything together quickly (so that the scallion and cilantro are just wilted), and transfer to a serving dish. Serve hot with plenty of white rice! 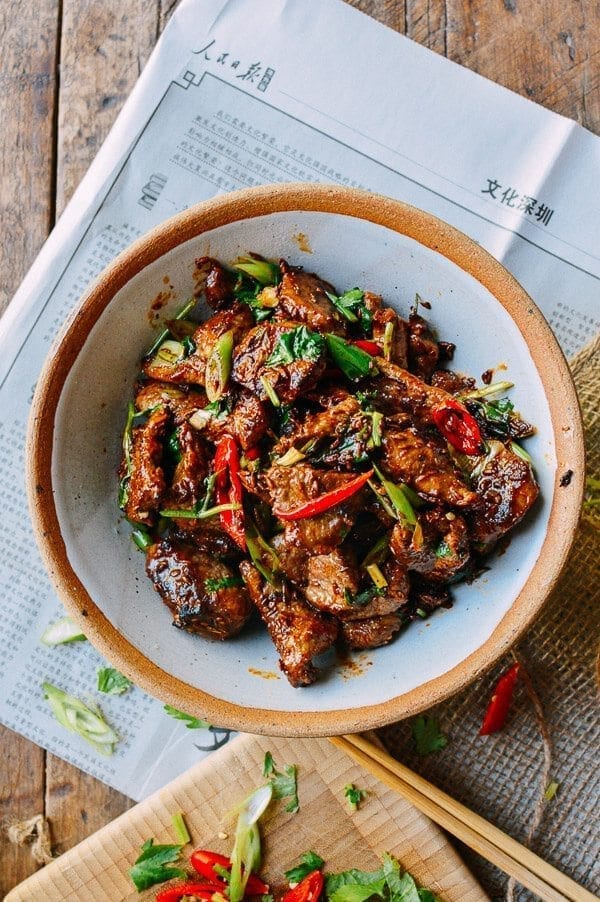 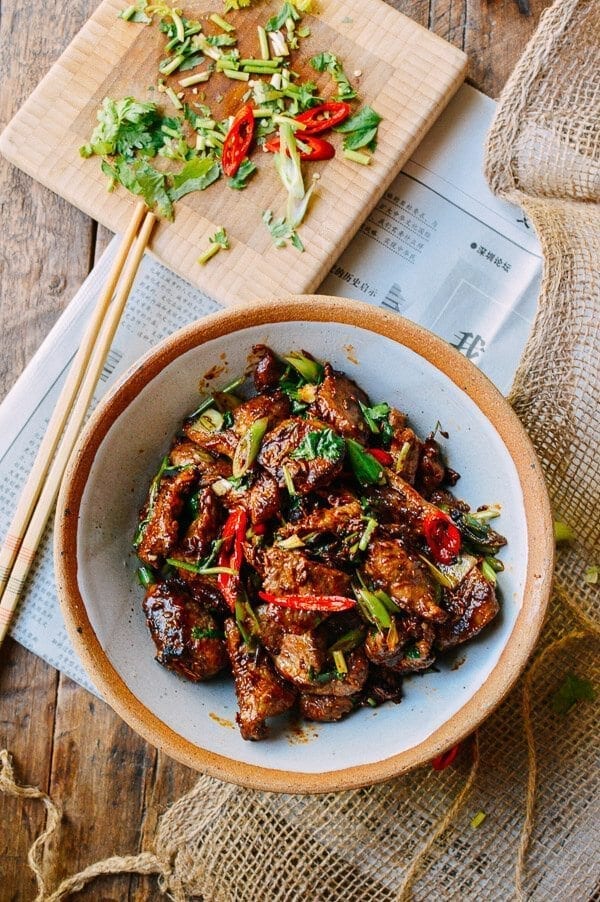