If you ask a Shanghainese person what their favorite breakfast or afternoon snack is, it’s probably going to be a steaming bowl of xiao hun tun, or “little” wonton soup (小馄饨). Most of you have probably never seen this Shanghai Wonton Soup before, because they’re typically only found in Shanghai and surrounding areas.

Growing Up in Shanghai

Growing up, a bowl of Shanghai wonton soup was definitely a treat. I don’t know why my grandmother never made them at home, because it’s super easy to make and takes so few ingredients.

The only reason I can think of is because it was so commonly available in restaurants. But the problem was: WE NEVER ATE OUT! So whenever I managed to save up a dime or two, my brother and I would sneak out and share a bowl.

There are two things that set this Shanghai wonton soup apart from all the other wonton soups: the wrappers and the stock.

The wrapper is super thin: silky and light as a cloud. It cooks in seconds. That’s why it’s important not to over stuff these little wontons, so as to avoid overcooking the skin and undercooking the pork filling.

Then there’s the stock: I remember all the wonton restaurants and Shanghai street food vendors had a huge pot of stock bubbling at all times. The stock pot would be at least 2 feet in diameter and at least 3 feet high, loaded to the brim with chicken and pork bones with a fire that never died down.

Now you can see why I never had a chance of not being a foodie—most of my childhood memories have some kind of association with food (I won’t say “fixation,” but…).

What’s more, local business owners and street food vendors are becoming old and retired, and their younger counterparts don’t want to take over this kind of business.

So it’s actually become very hard to find a decent bowl of Shanghai wonton soup. Kaitlin and I spent an entire month in Shanghai and never successfully found a bowl that measured up to my childhood memories. 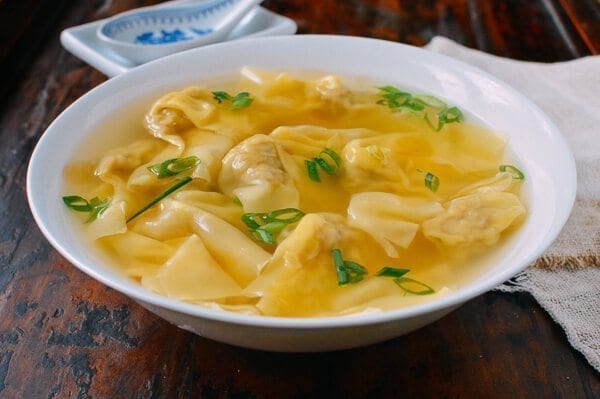 Today, I made the original version with no bells and whistles. The recipe has three parts: the stock, the pork filling, and assembling and serving the wontons.

These can be made ahead of time and frozen for later, so make a big batch for those fall months ahead (just remember not to overcrowd them as they are quite delicate).

If all that little wonton talk just made you crave regular wonton soup, check out our Simple Wonton Soup!

In a soup pot, add the chicken bones, pork bones, 9 cups of water, and ginger. Bring to a boil, scooping away any impurities (i.e. foam, etc.) that float to the top. Simmer at your burner’s lowest setting for at least 3-4 hours.

A slow simmer makes the stock tasty, yet clear. When the stock is finished cooking, add salt to taste. You can also use this stock for other dishes—the flavor is clean and delicious.

Mix everything together, stirring in one direction for about 5-8 minutes until the mixture takes on a paste-like texture.

This is best done by hand rather than with a mixer—get your arm workout in for the day! 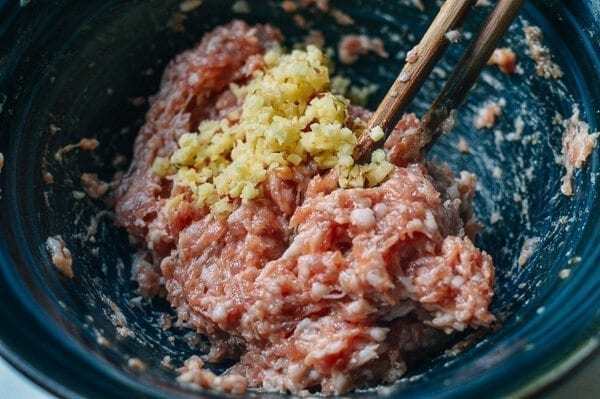 To wrap the wontons, place a 1/2 teaspoon of filling on the wrapper. 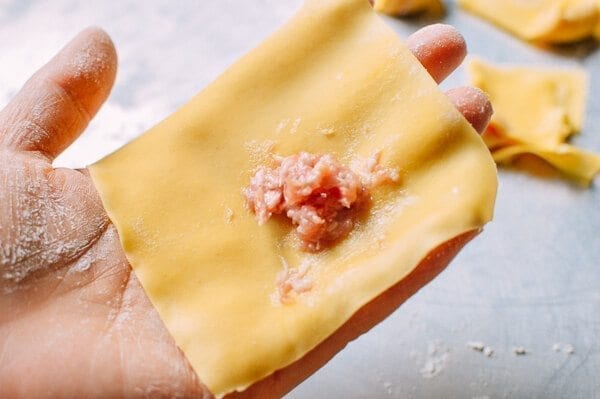 Fold in half, and gently squeeze around the top of the filling, as shown in the photos. (Check out our step-by-step guide to folding wontons for more details!) 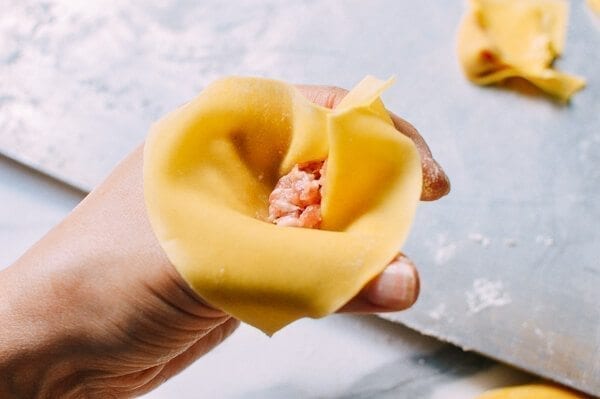 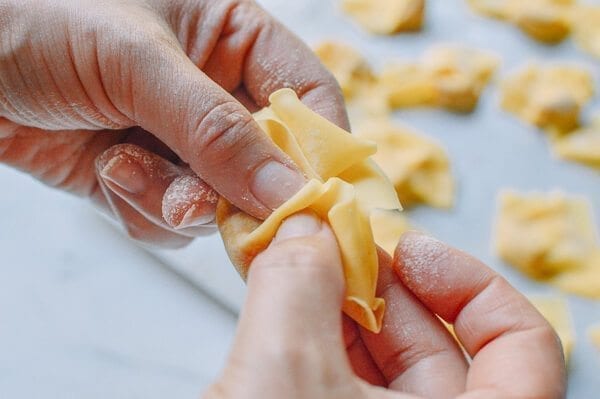 Heat up the stock if you made it in advance or if it has cooled. In a separate pot, boil the water for cooking the wontons. While you’re waiting, add the sesame oil and ground white pepper to each of your serving bowls.

Once the water boils, add the wontons, and stir lightly. The wontons are done once they float to the top. Use a slotted spoon to scoop up the wontons, and add them to the soup bowls. Ladle over the stock, top with the chopped scallions, and enjoy! 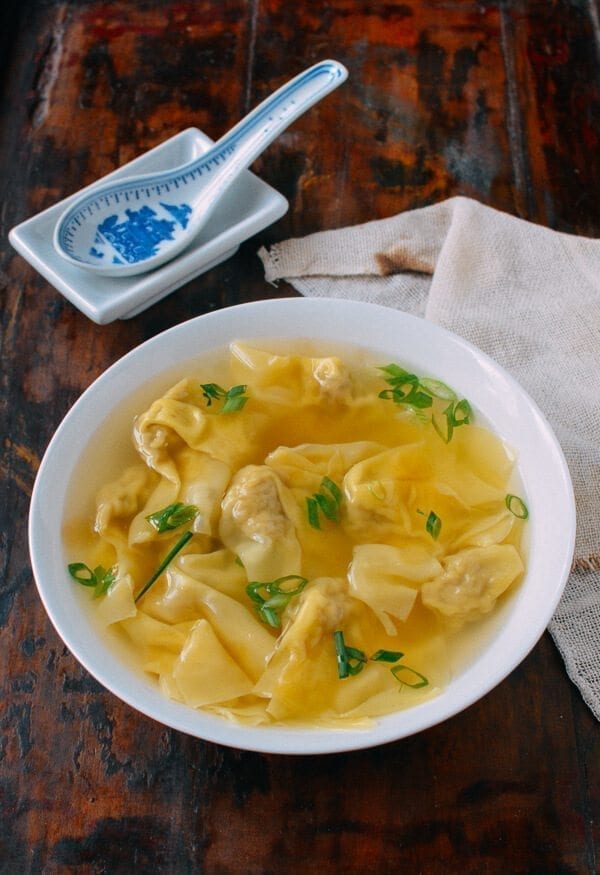 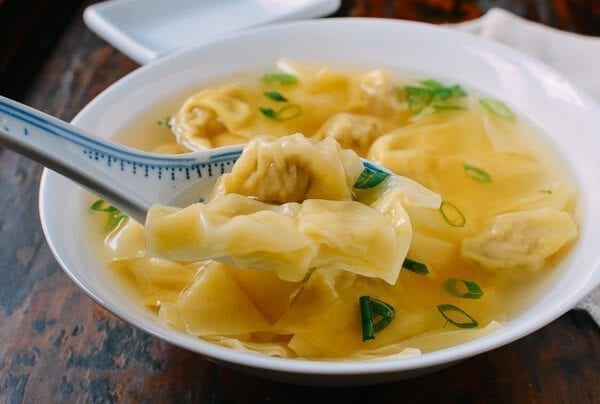