So I made this last weekend for lunch, because I was feelin’ fancy, and I wanted something a little different from the lazy salads I’ve taken to eating for the past few days. I had some salmon and edamame in the freezer, and thus began the birth of this dish, which I will now be making again. And again. And then probably some more after that. It was, in a word, awesome.

I’ve made salmon with pea puree in the past, so I decided to try it with edamame, adding the flavors of cilantro and lemon, which are things that go great with fish. And whenever my grandmother makes salmon, she likes to throw sliced onions into the pan that the salmon was cooking in and caramelize them, so I followed suit.

The onions pick up all of that rich salmon-y flavor from the pan, the juices drip down all over the edamame. And…what WHAT!? It’s actually healthy.

Now, I wrote the recipe to serve 4, but in the pictures, you’ll see that I made just one portion (uh…a really BIG portion. But one portion, nevertheless), because it’s just me here.  Sometimes you gotta treat yourself a little special, ya know?

Let’s start. Here’s what you need. 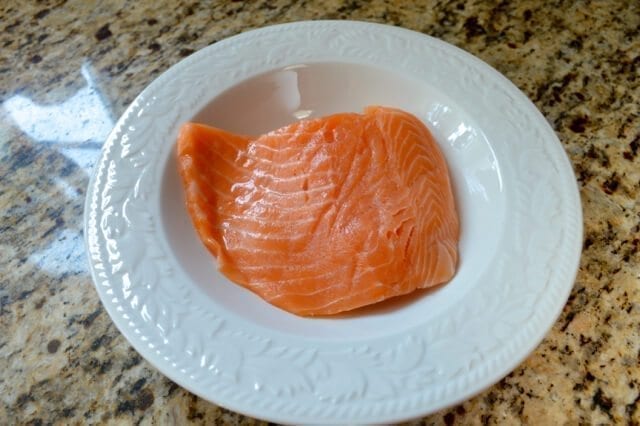 Add the marinade ingredients, including the Chinese black vinegar, sesame oil, soy sauce, and honey. Season one side with freshly ground black pepper. 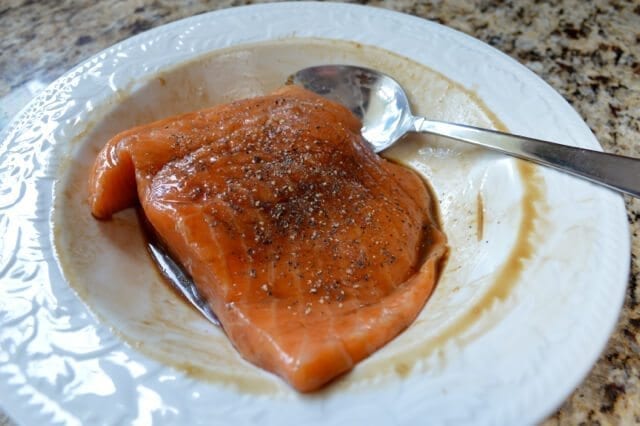 Prepare the rest of the ingredients. Slice up the onions and set aside, and chop the shallots and garlic for the edamame. 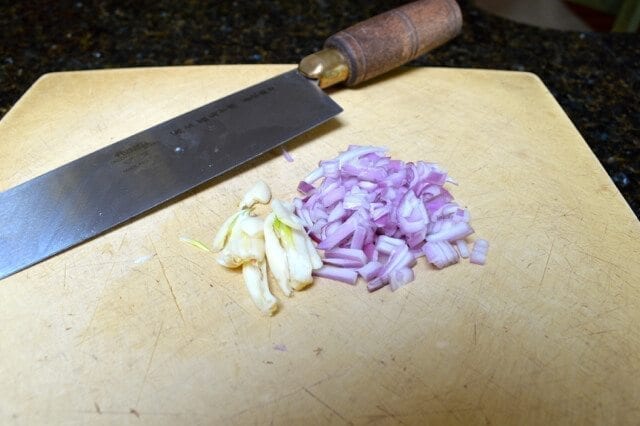 Heat a couple tablespoons olive oil in a skillet or pan over medium heat for the edamame. Add the shallots and garlic and cook for 2-3 minutes until fragrant. 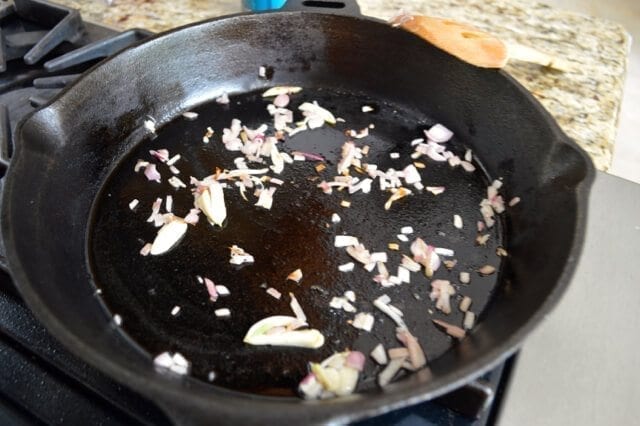 Add the edamame and sautee until they’re really tender and slightly browned, about 8-10 minutes. Season with salt and pepper. 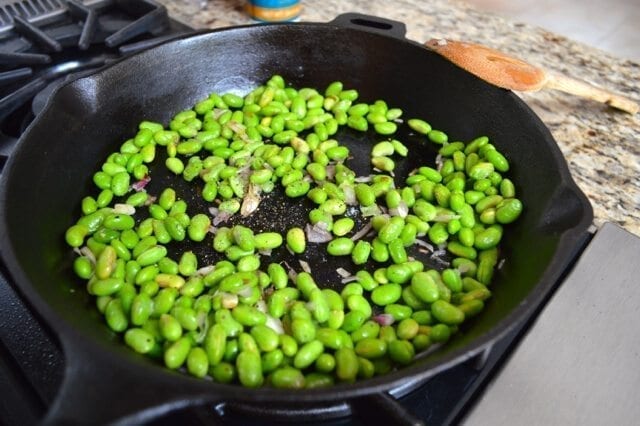 Heat another cast iron or nonstick skillet over medium heat. Once it’s good and hot, add a couple tablespoons of olive oil. Carefully place the salmon in the olive oil, pepper side down. Season the other side with pepper. 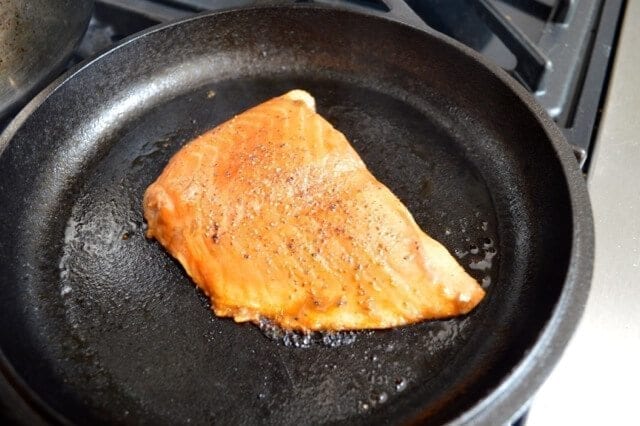 Sear for about 4-5 minutes on the first side until they’ve got good color. Flip them over and cook for another 2-3 minutes on the other side, depending on the thickness of the salmon. 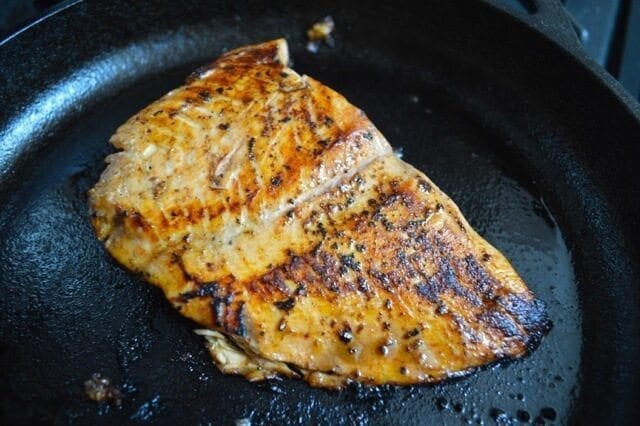 Take the salmon fillets out of the pan and let them rest on a plate while you assemble the rest of the dish. Add the sliced onion to the pan you were cooking the salmon in, and sautee for a few minutes until golden and caramelized. 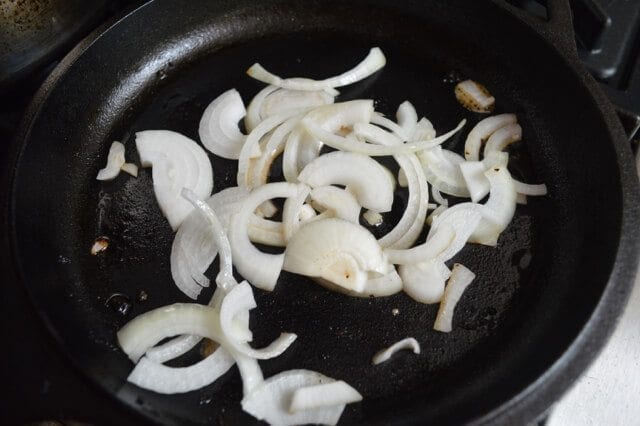 Meanwhile, transfer the edamame to a food processor. Add a handful of fresh cilantro and the zest of one lemon. 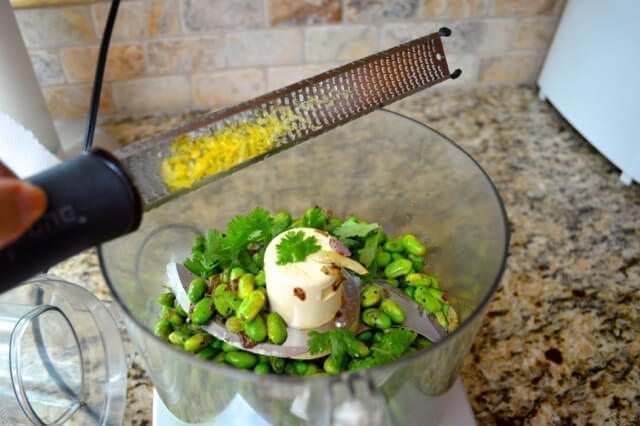 Then add the lemon juice… 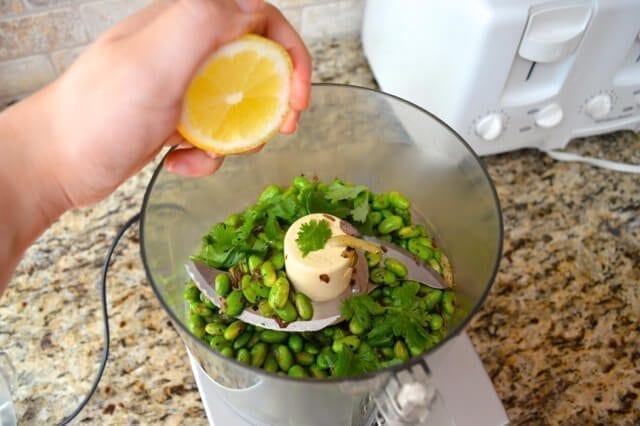 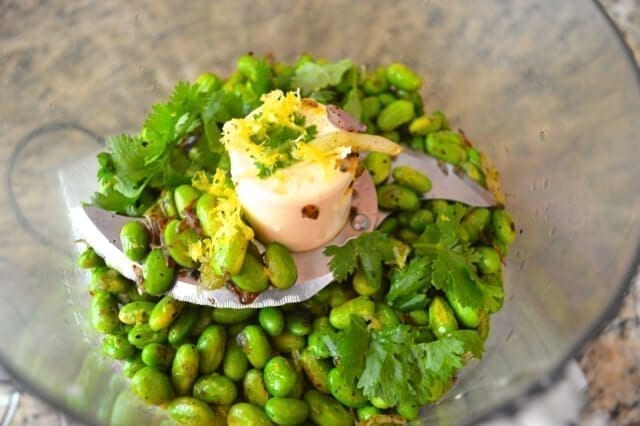 Puree the mixture, gradually adding ¼ cup olive oil as the food processor runs. Then stream in some water gradually until it reaches a creamy consistency. A ½ cup to 2/3 of a cup should do it, but see what works for you.

Put a mound of edamame puree on each plate and top it with a salmon fillet and some of the sautéed onions. Season with a little sea salt, garnish with cilantro, and serve! 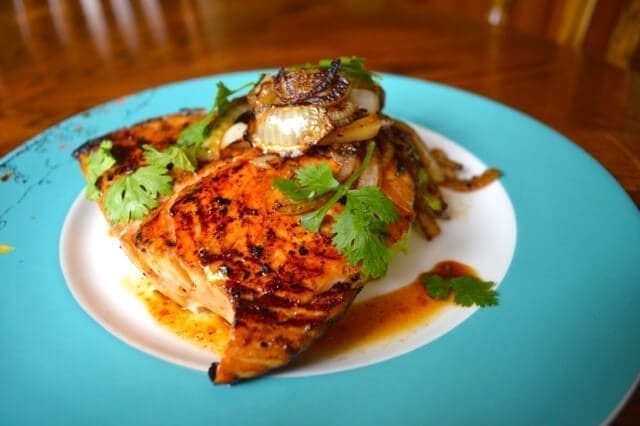 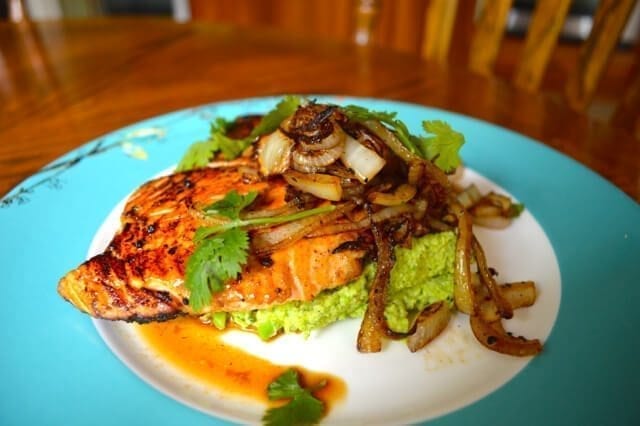