Larb. Doesn’t sound like the most appetizing thing you could eat, does it?

Well, names can be deceiving. Because this Pork Larb is the best thing I’ve cooked all month.

I’m relatively new to the world of Larb, and if you’re also a newcomer, allow me to explain what it is. Larb is basically a salad—made out of meat. (So, like, the best KIND of salad, right?).

It’s a meat salad from Laos that has made its way into Thailand and other areas of Southeast Asia, as well as here in the West. Like other dishes in Southeast Asian cooking, the dish combines savory flavors with fresh ones.

It features fresh herbs like cilantro, scallions, and mint, and fresh lime juice. The addition of toasted ground rice also adds texture and nuttiness to the final dish.

Customize To Your Own Tastes

Like any salad, you can make larb your own. Not enough cilantro or mint in this recipe for you? Add more! Not a huge fan of cilantro? Substitute in Thai basil or maybe even more mint.

Want more of a kick? Add more chilies. Don’t eat pork or chicken? Try any other ground meat! There are also larb dishes that are made with fish or even mushrooms.

This dish is incredibly quick and easy to make. The most time-consuming step is simply dry toasting the rice grains, which takes about 10 minutes. If you make that ahead, you can be in larb-y heaven in 10 minutes or less.

There are also several different ways to serve up a plate of pork larb. You can serve it with some lettuce leaves for crunchy lettuce wraps, or you can serve it with Thai sticky rice, or even just some steamed jasmine rice if you don’t want to get too fancy.

I served mine with some homemade coconut rice and toasted coconut, which may not be completely traditional, but was pretty darn delicious.

In a dry wok or pan over low heat, toast the rice grains, stirring continuously until they turn golden and fragrant––about 10 minutes. 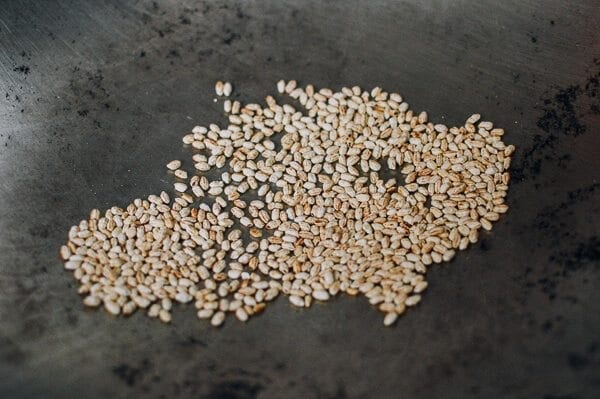 Grind to a coarse powder in a mortar & pestle. Set aside. 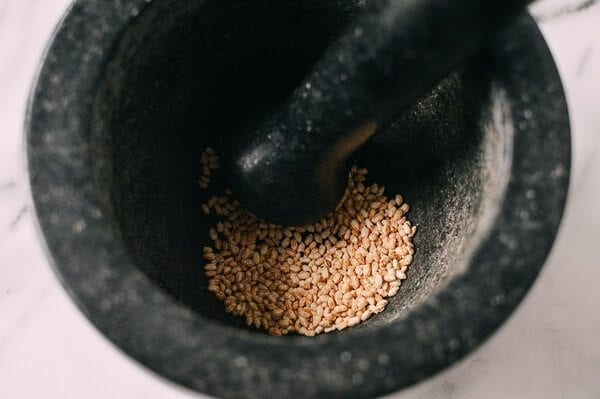 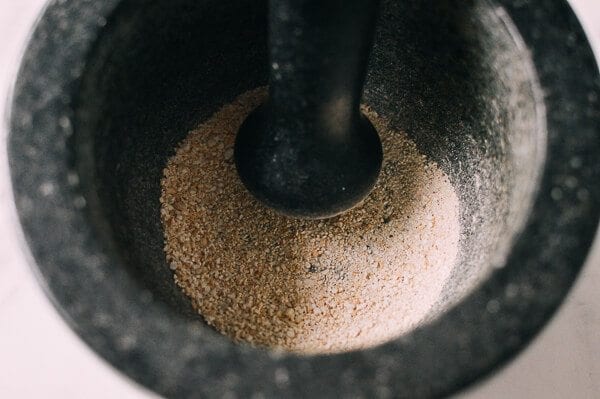 Place your wok back over high heat until smoking. Add the oil and the ground pork. Stir-fry until the pork is browned… 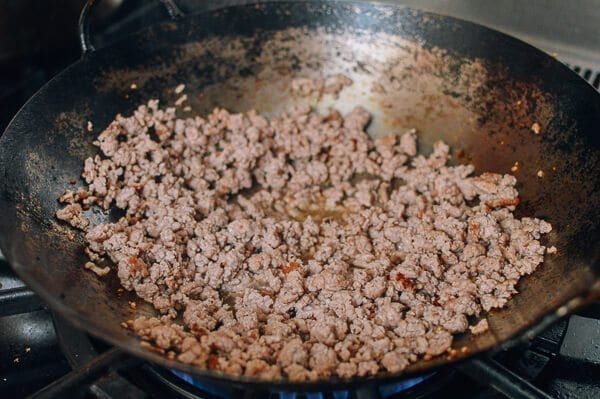 And add in the toasted rice powder, sugar, fish sauce, and lime juice. 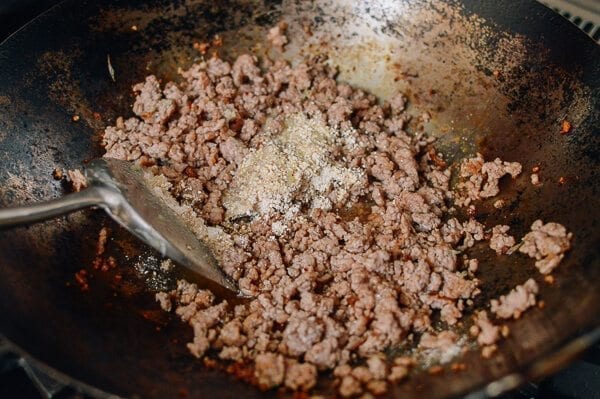 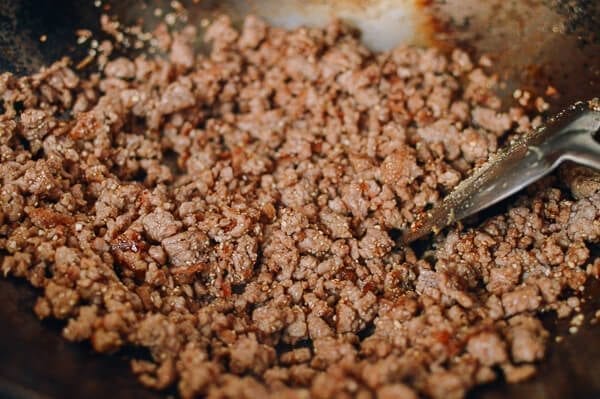 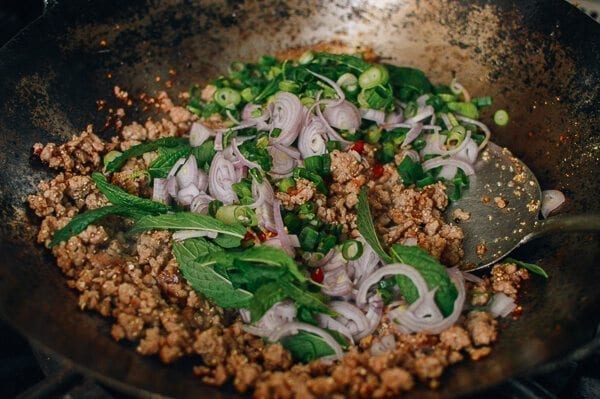 Serve your pork larb with coconut rice or plain white rice! Also check out our Chicken Larb recipe, if you’d like a chicken version or would like to see how to make chicken or pork larb lettuce wraps! 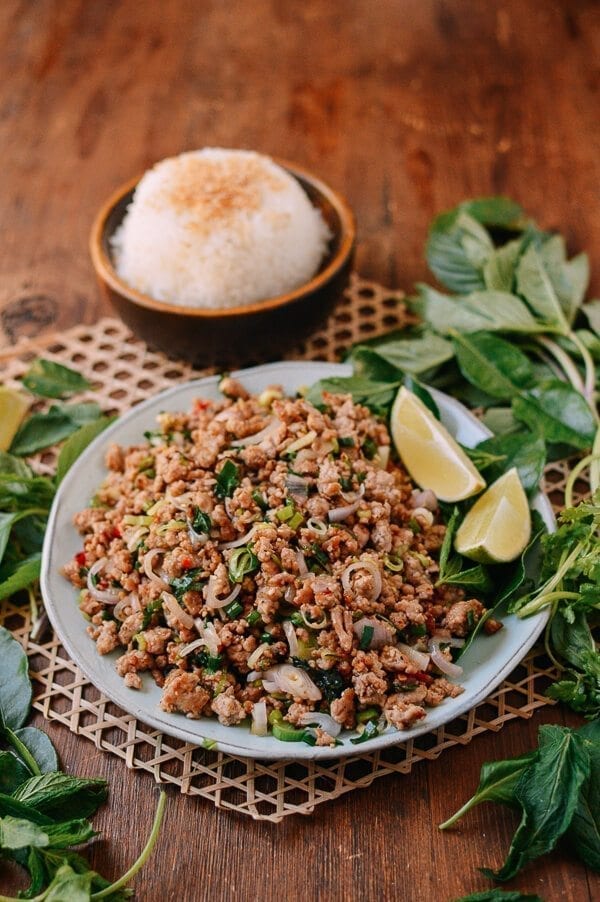 As I mentioned above, I served my delicious plate of Pork Larb with a bowl of homemade coconut rice––I’ll be posting the recipe for it in a couple days, so stay tuned! 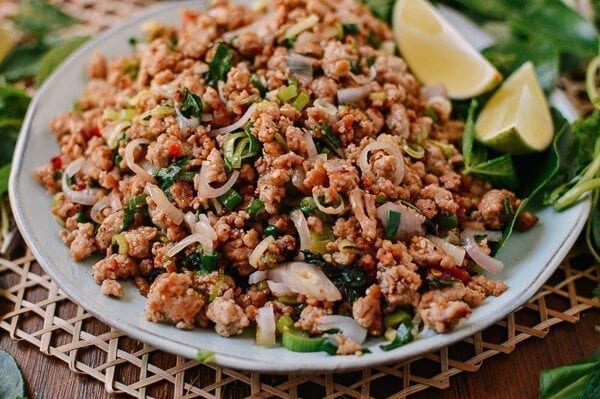 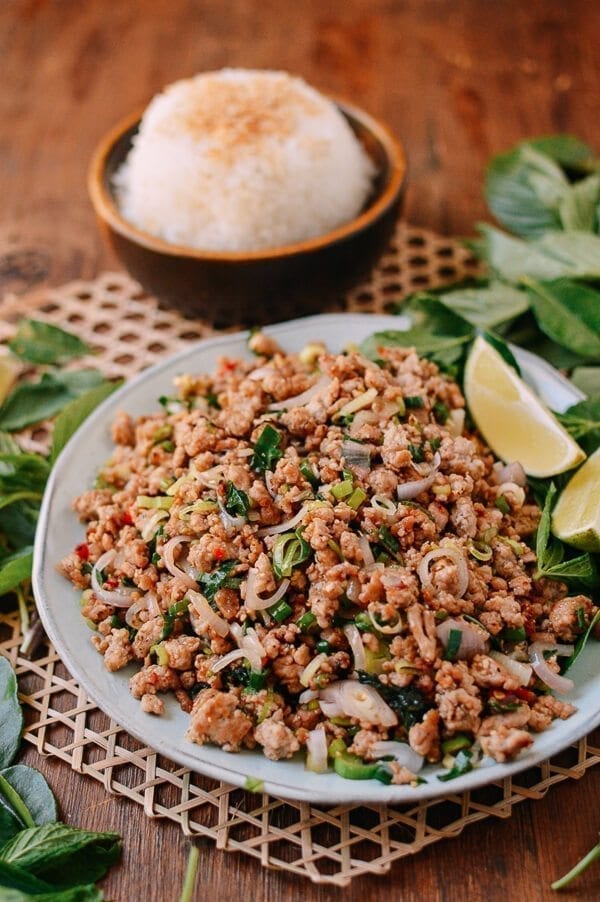 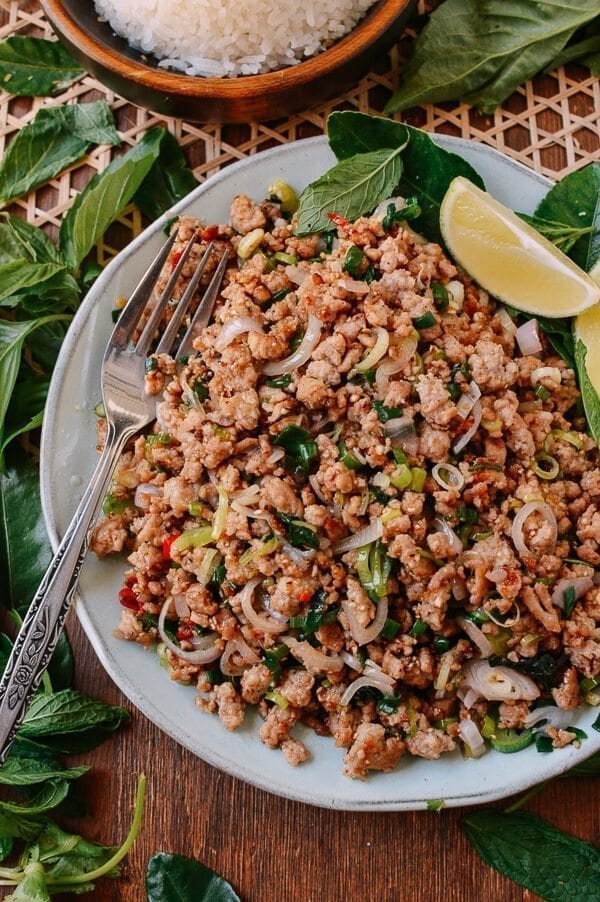 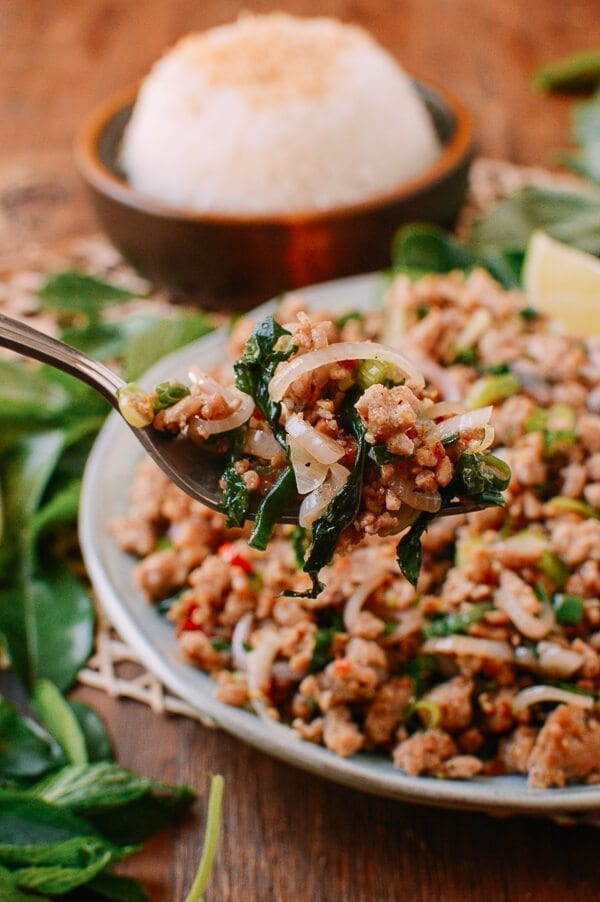