Before I let you in on those reasons, I first want to clarify a myth. Despite the “Peking Style (京都)” name, this Peking ribs dish was not conceived in Peking (a.k.a. Beijing). I did some research on Baidu and found out that this Jīng dū style ribs dish is actually from Jiangsu. And the Jīng dū or “京都” here refers to its capital of Nanjing, 南京. Nanjing is now known as the capital of Jiangsu, but did you know that Nanjing was the capital of six dynasties throughout Chinese history?

So the reason I did not make Peking Style Pork Chops is because this dish should really be made with spare ribs cut into bite-sized pieces. Trust me, I was a bit taken back too. I scoured the Chinese Internet and could not find one Peking Style Pork Chop picture—all the dishes were made with ribs. Go figure! I think this Peking ribs dish took on a life of its own once it was adapted by Chinese immigrants overseas. 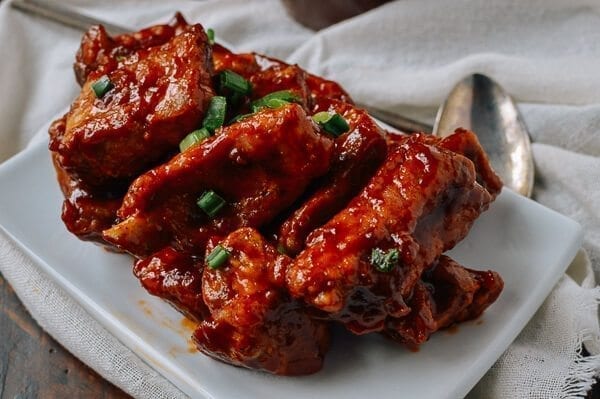 Ask the butcher to cut the ribs into the size you want. Even your local supermarket’s butcher should do it for you. When you get home and you’re ready to cook, rinse the ribs thoroughly and pat dry with a paper towel.

While the pork is marinating, prepare a small pot with oil and have it ready to fry the ribs. The oil should be at least 1.5” deep, so the ribs can be submerged under the oil when frying. Using a smaller pot requires less oil, and you’ll have to fry the ribs in a few batches.

Heat the oil over medium heat. It’s ready when you stick a chopstick in it and small bubbles form around the tip of the chopstick (or 325 degrees F oil temp). Slowly lower the ribs into the oil, making sure to leave some space between each rib so that they fry evenly. After 6 to 7 minutes, when the ribs start to turn lightly brown, turn up the heat to high (or 350 degrees F oil temp) for about a minute or two, so the ribs can really take on that nice golden color. 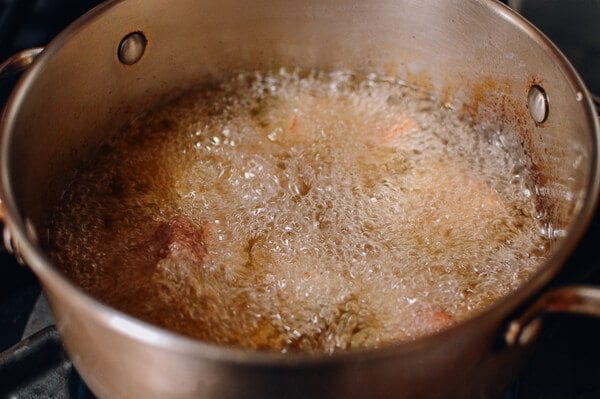 Use a large slotted spoon to scoop the ribs out and drain on a plate lined with a paper towel. Repeat in batches until all the ribs are fried. Cut open one piece to make sure the ribs are cooked through. 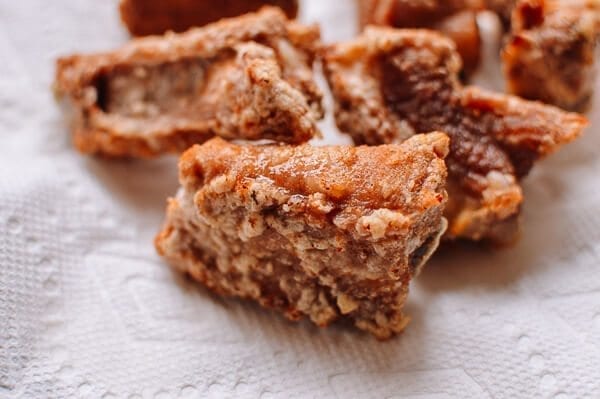 In a wok over low heat, add 2 tablespoons of the frying oil and the garlic. Cook for about a minute, and then add the ketchup. Cook for another couple minutes, taking care to avoid burning the sauce. Now add 1/2 cup water, 2 teaspoons light soy sauce, and 1/2 teaspoon sugar (or more if you prefer your dish to be sweeter).

Turn up the heat to medium, and bring the sauce to a simmer. Add the ribs, and turn the heat back down to medium low, coating the Peking ribs in the sauce. 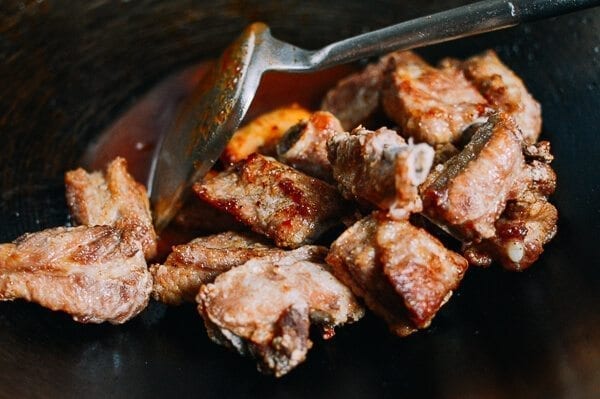 Drizzle with a few drops of sesame oil and stir for another minute. Serve! 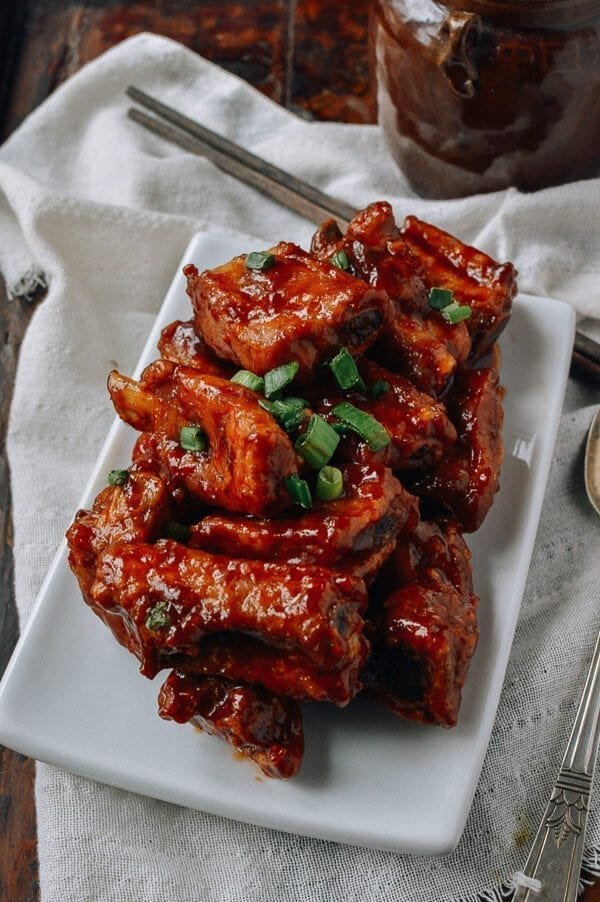 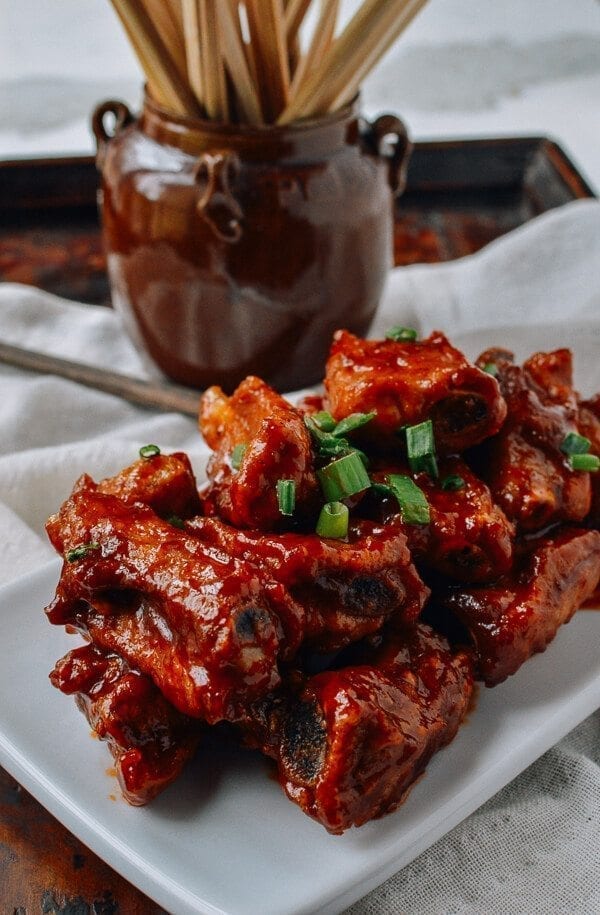