These days, we’re always looking for easier ways to get a satisfying dinner on the table, and Bill recently challenged me to do another quick and easy rice cooker recipe, akin to our Rice Cooker Ribs and Rice (kind of a one-time success that we never tried to repeat). Thinking about ways to use our rice cooker again for a last-minute meal, I headed to the pantry for inspiration. After a quick scan, my eyes landed on a lone can of Chinese dace fish with salted black beans at the back of the cabinet, and this One Pot Rice Cooker Rice with Dace Fish recipe was effortlessly born.

This canned dace fish has endured for over thirty years as a pantry staple at our house. And in 30 years, the product hasn’t changed–same design, same recipe, same addictive spiced fish and fermented black beans––made for a bowl of hot white rice at the end of a busy day.

It’s very tasty with a little bit of spice, but the dominant flavor is the black beans. You just open the lid, and it’s ready to eat! Of course, it’s also portable. People carry cans of tuna fish when traveling, but Bill and I stock up on cans of dace with black beans when we hit the road!

Any time dace fish is mentioned, Bill can’t resist telling the story of his old buddy, Barry, and his uncanny love of this Chinese dace fish.

They met at Bill’s first job out of college in Binghamton, NY. With limited access to decent Chinese food upstate, Bill introduced Barry to some of his own authentic Chinese foods: chicken feet, dace fish—no holds barred. Barry fell in love with dace to the point that he used it in his lunchtime sandwiches!

In my opinion, it’s better eaten when picked apart with chopsticks. But the image of Barry’s puzzled face, with a whole piece of fish in his mouth and two oily slices of white bread in his hands (after taking the first bite of his dace sandwich) is forever stuck in Bill’s head.

Bill still bursts out laughing every time the image resurfaces, and he can’t help but retell the story as if we’re hearing it for the first time. 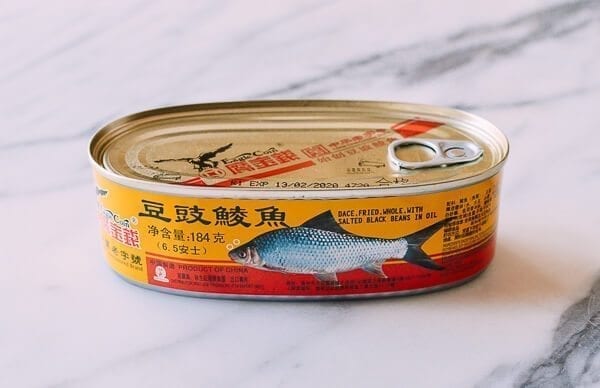 Use a Rice Cooker or Regular Pot

The fact that this fish is so tasty that Barry slapped it between two pieces of white bread may say it all. To make this recipe, you’ll need a rice cooker. We know that not everyone has one, but a simple pot can quickly fill the void.

Check out “How to Cook Rice without A Rice Cooker” to get the water amount and timing exactly right. 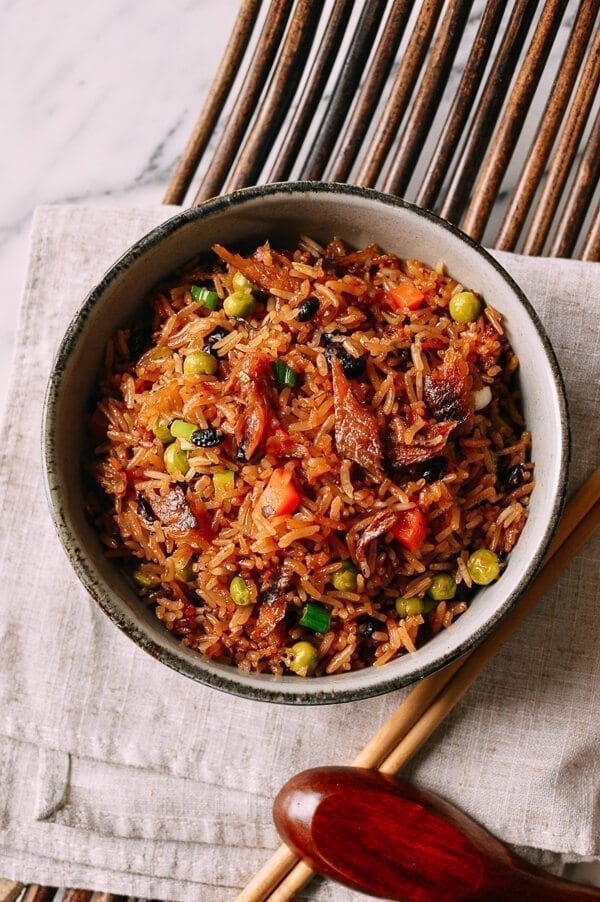 However, we will say that a rice cooker is a great investment worth making. They’re easy to use, with clear water levels marked inside the pot, along with a plastic measuring cup that perfectly corresponds to the water level count.

The two cups of rice for this recipe is based on the plastic measuring cup that came with my rice cooker. Just put everything in your rice cooker, along with some frozen peas and carrots. And you’re all set! I kid you not, Bill was doing a happy dance while chowing down on this one. 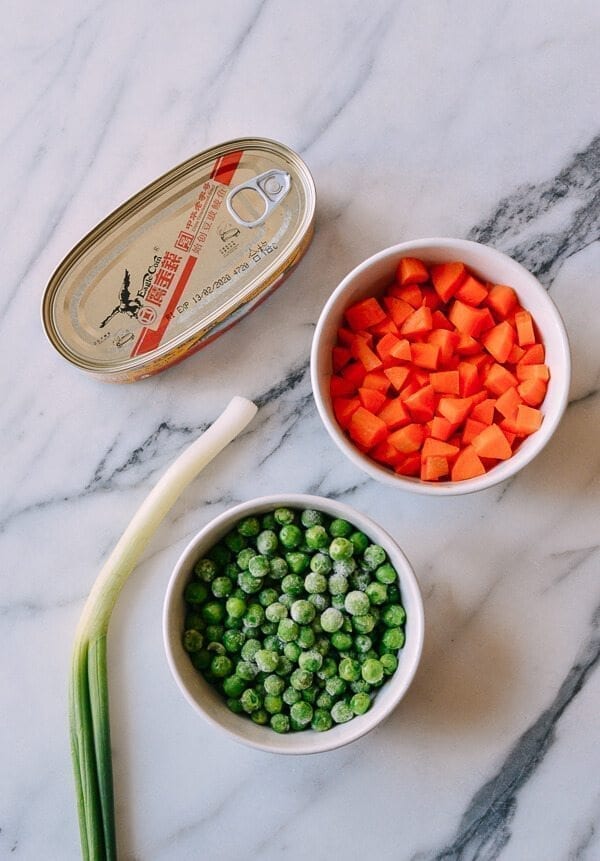 Rinse and drain the 2 “cups” (the 2 cup measurement may vary based on the cup your came with) of uncooked rice, and add it to your rice cooker, along with enough water to reach the “2” line of your rice cooker.

If using a regular pot instead of a rice cooker, you’ll use 2 standard dry measuring cups’ worth of rice, soaked for 30 minutes. Drain, and add to the pot along with 2 cups water.

Now, take out ¼ cup of water to compensate for the liquid that comes from the frozen vegetables and the oil from the can of dace fish. If you’re cooking this on the stovetop, you’ll also want to do this step.

Open the can of dace fish with salted black beans, debone the fish, and pull it apart with a fork or chopsticks into small pieces. 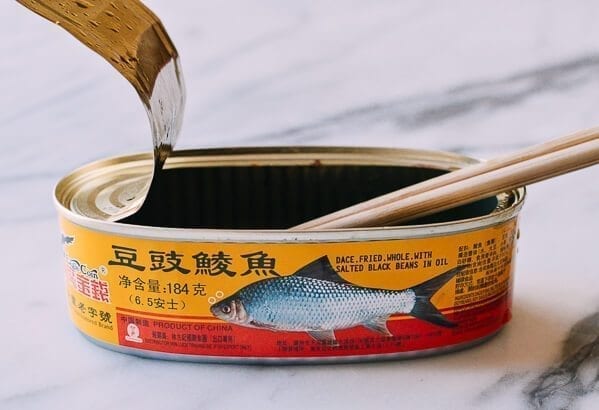 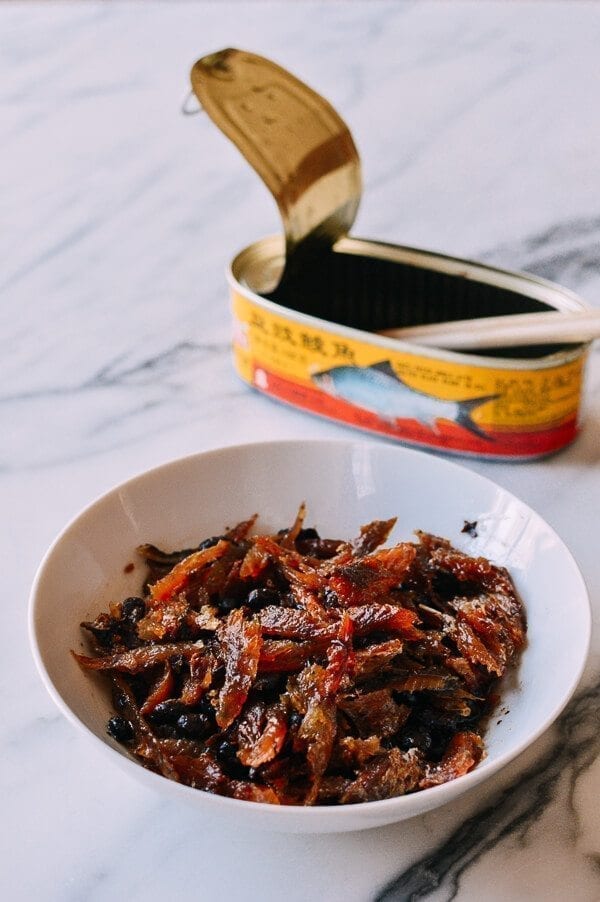 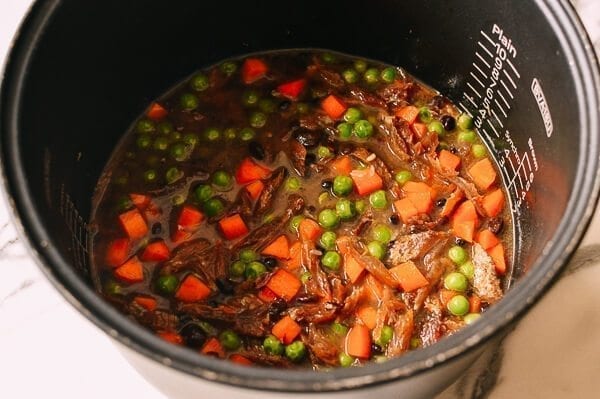 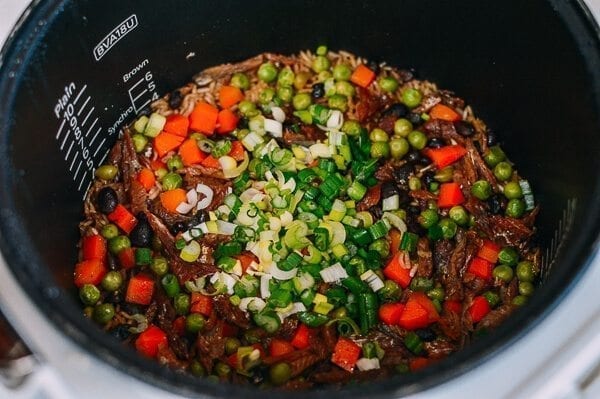 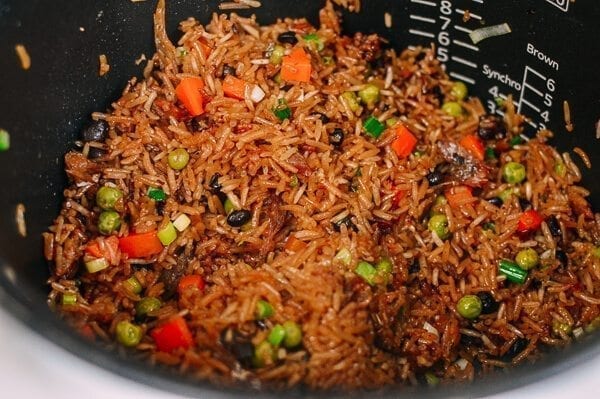 (If using a pot, simply bring the rice to a boil, turn the heat down to low, cover, and simmer for about 15-20 minutes, until all the liquid is absorbed.) 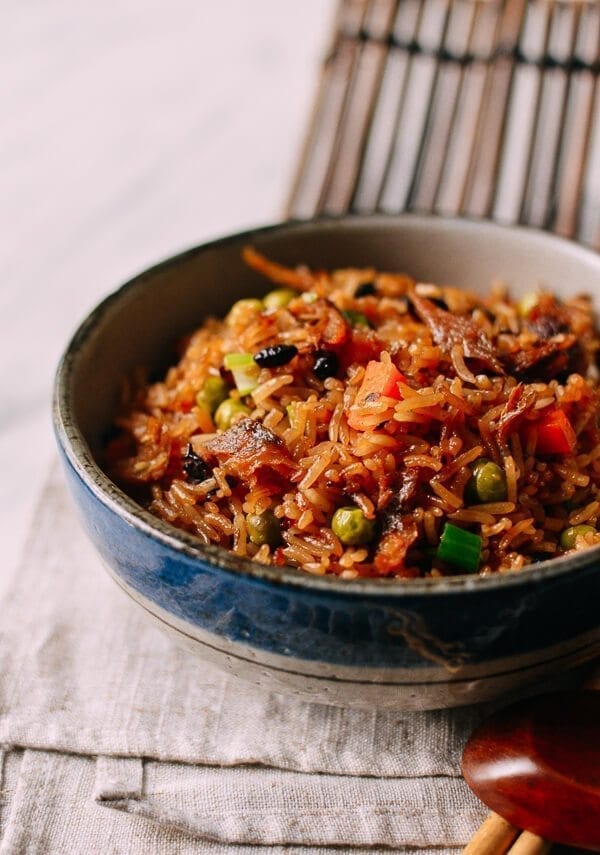 Serve this One Pot Rice Cooker Rice with Dace Fish as a meal! 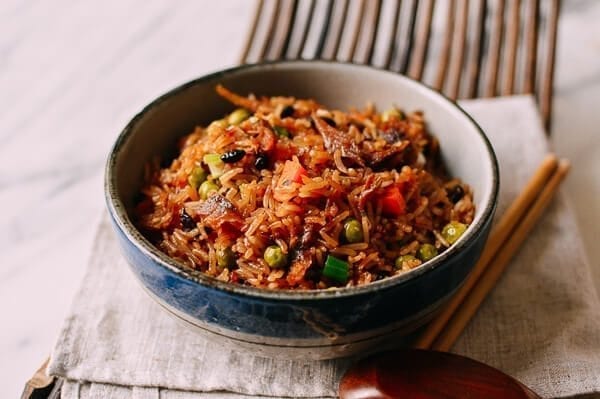