While in Italy, we were introduced to the two- or three-ingredient simplicity of an Italian sandwich.

In Tuscany, we ended up in a medieval town called San Gimignano. It was a last-minute tour that our cousin Kim had booked. While I usually dislike tour groups (see here for full demonstration of said dislike), this actually turned out to be a really quick and easy way to go beyond the city of Florence for a day without too much hassle.

ANYWAY. As is usually (hopefully) the case with tours such as this, a midday meal was included. The plan was to explore San Gimignano on our own for a few hours, and then head back to an agriturismo for what was purported to be a huge meal.

Of course, this didn’t stop my sister and I from drooling all over the porchetta and panino signs everywhere. We grabbed a panino toscano––dried salami and cheese on good bread. That was it. Yet another example of how awesomely simple eating in Italy can be.

Of course, our reverie––and chewing––was interrupted by our tour guide, who slapped my sister and I both on the shoulders, shouting, “PANINO!!!” At which point we jumped about 3 feet in the air and almost choked on our bread.

He admonished us for indulging, as we had “a big meal coming up.” He might as well been Augustus Gloop’s mother which would make us…. Oh, the shame!

We didn’t regret our decision to skulk off into a dark corner to finish sharing our sandwich.

This recipe––of crispy, oily, delicious focaccia and assorted toppings, is a kind of tribute to the simple things that we enjoyed during our time in Italy. Enjoy it!

Focaccia recipe adapted from this recipe by Anne Burrell.

Combine the warm water, yeast, and sugar in a measuring cup and let stand at room temperature for 15 minutes, until frothy. In the bowl of a mixer fitted with a dough hook, stir together the yeast mixture, flour, salt, and 1/2 cup olive oil until a dough forms. Allow the mixer to knead the dough for 6 minutes on medium speed until smooth, adding a sprinkling of extra flour if necessary. 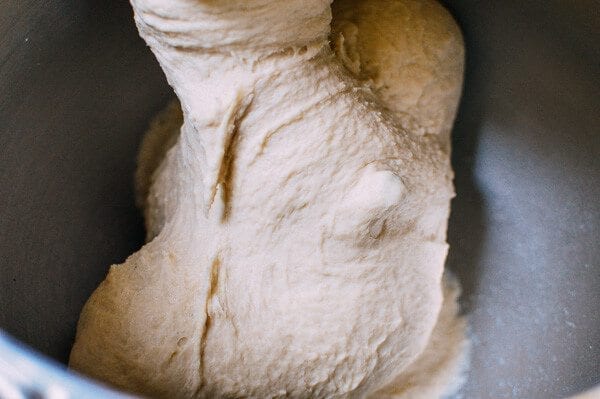 Transfer the dough to an oiled bowl, cover with a damp kitchen towel, and allow to rise until doubled in size, about 1 hour. 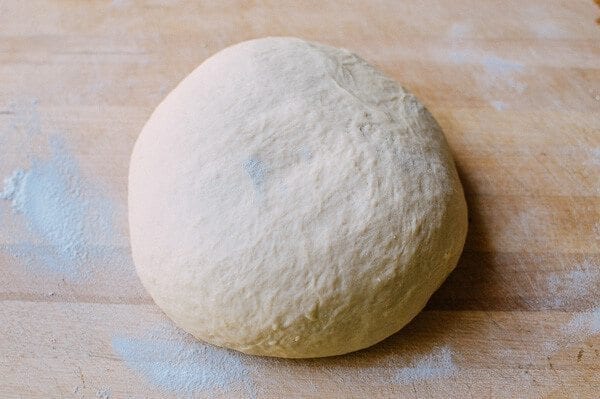 Add the remaining 1/2 cup olive oil to a rimmed sheet pan. Spread out the dough on the pan until it completely covers the surface of it. Make sure all of the dough is coated in oil, and spread the dough out with your fingers, making holes in the dough as you go (the dough will rise again, and fill in those holes). 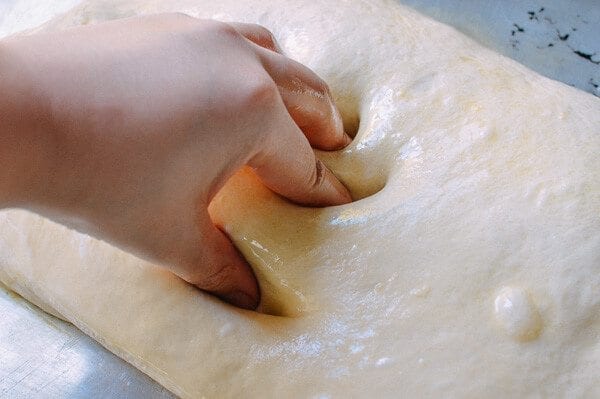 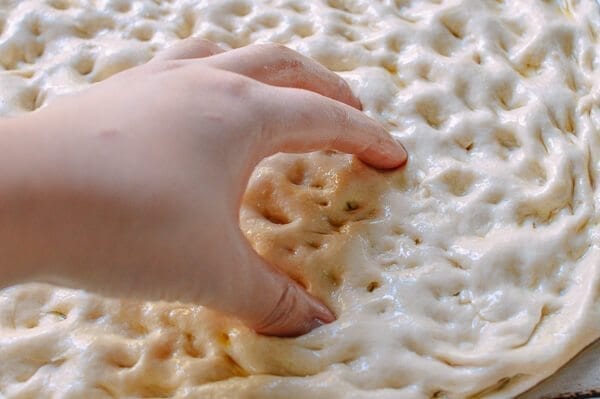 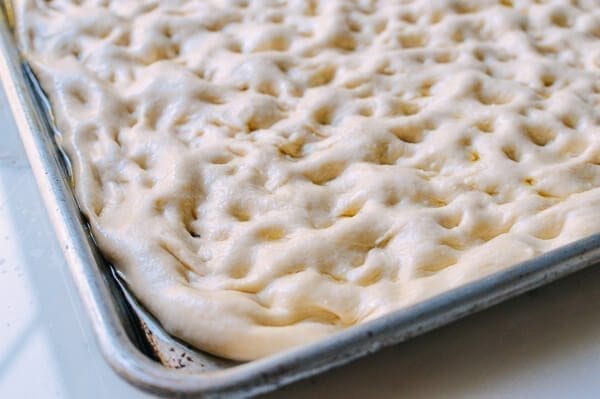 Allow the dough to rise again, for an hour. Preheat the oven to 425 degrees F. Bake for 25-30 minutes, until golden brown. Allow to cool.

Slice up the focaccia and enjoy with all your toppings! 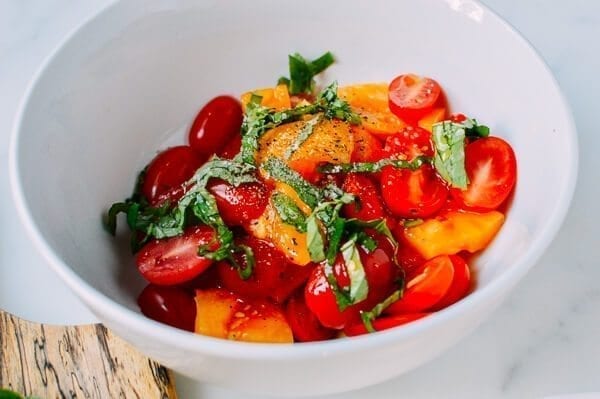 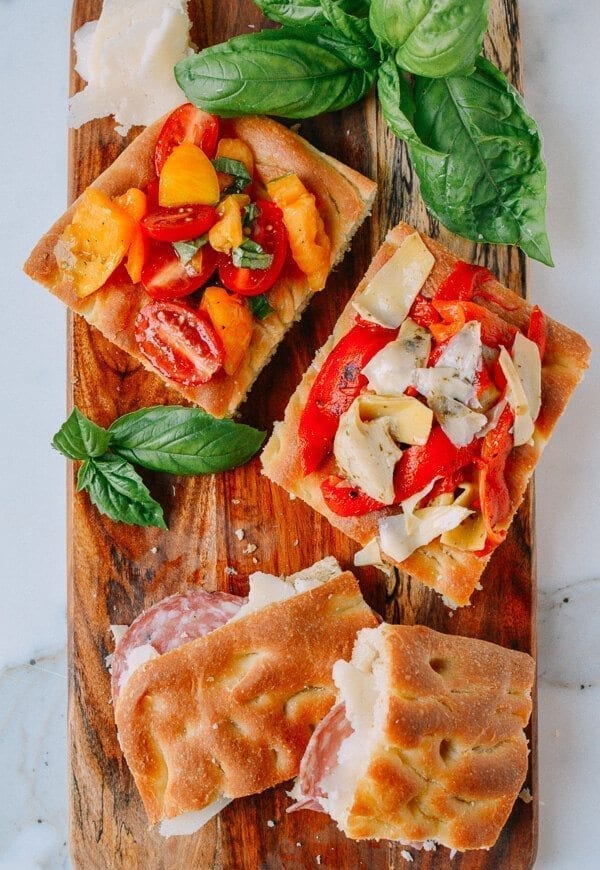 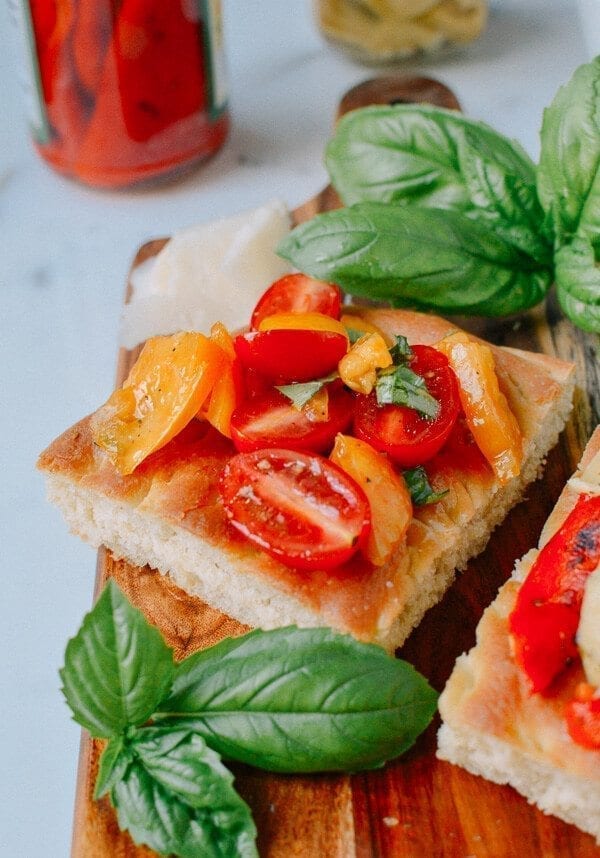 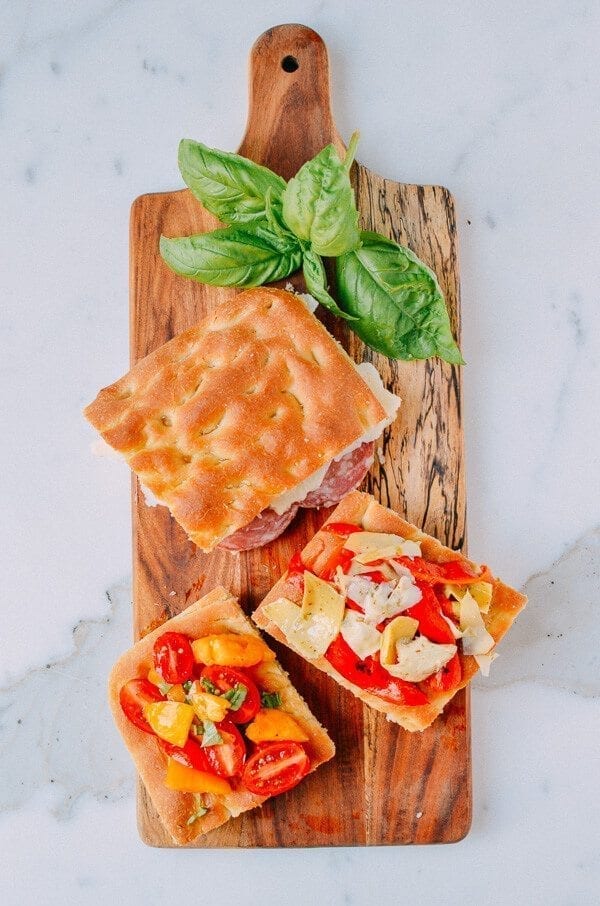 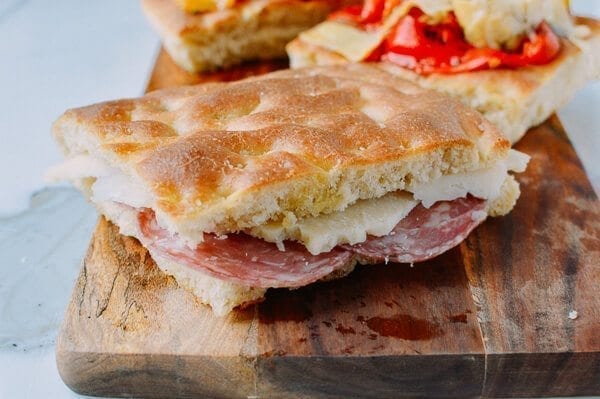 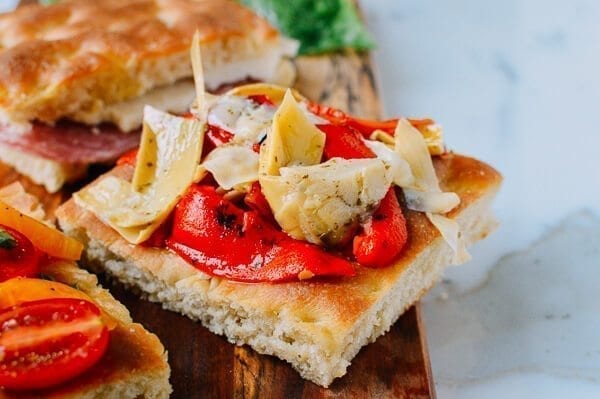 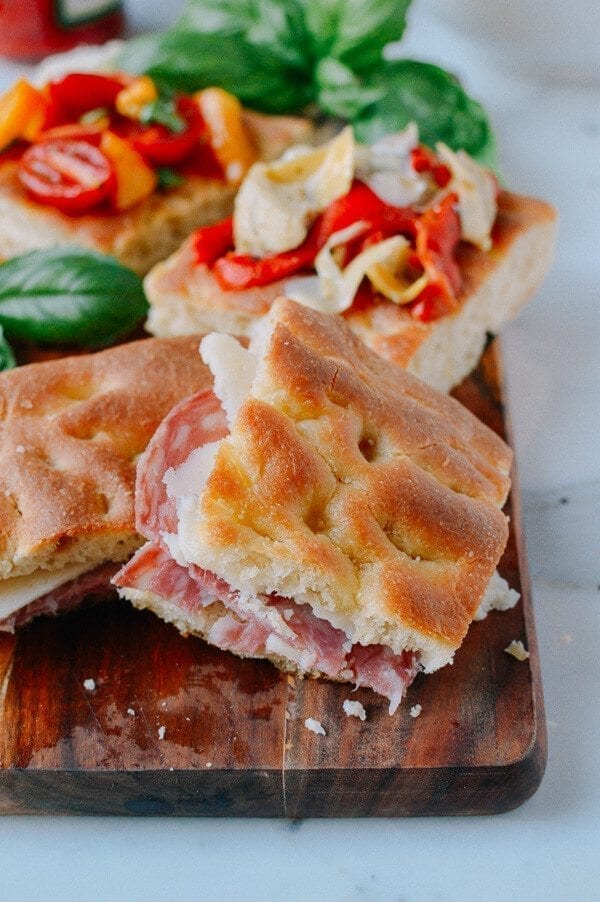