This Pork Belly Stir-fry post is an extension of the Cured Pork Belly post that we released on Saturday. If, by some wild chance you actually managed to make that pork belly over the weekend, it should be ready in just a couple more days.

The first thing you should do is cook a small piece with rice in your rice cooker or pot, like we mentioned in that post––it’s the quickest and easy way to prepare it! Hopefully you will have the same reaction as Sarah and Kaitlin (and our dog, Barley, for that matter, who tried to snatch some), which will lead you to cook it again for the very next meal!

Here is my recommendation for that second dish: a quick stir-fry of thinly sliced cured pork belly and leeks. It’s a basic recipe that you can use to branch out with your favorite vegetables. Good additions might be a couple of red chili peppers, or a tablespoon of fermented black beans. Instead of leeks, you can also use snow peas, cauliflower, celery, or cabbage. Just remember that your cured pork belly is already very flavorful; avoid overpowering it with too many spices. 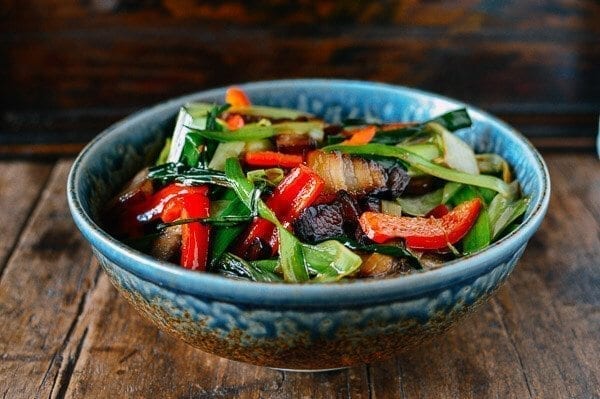 Side note: If this is your first time cooking with leeks, remember to split them in half lengthwise to thoroughly wash out all the dirt between the layers––they can be quite sandy! 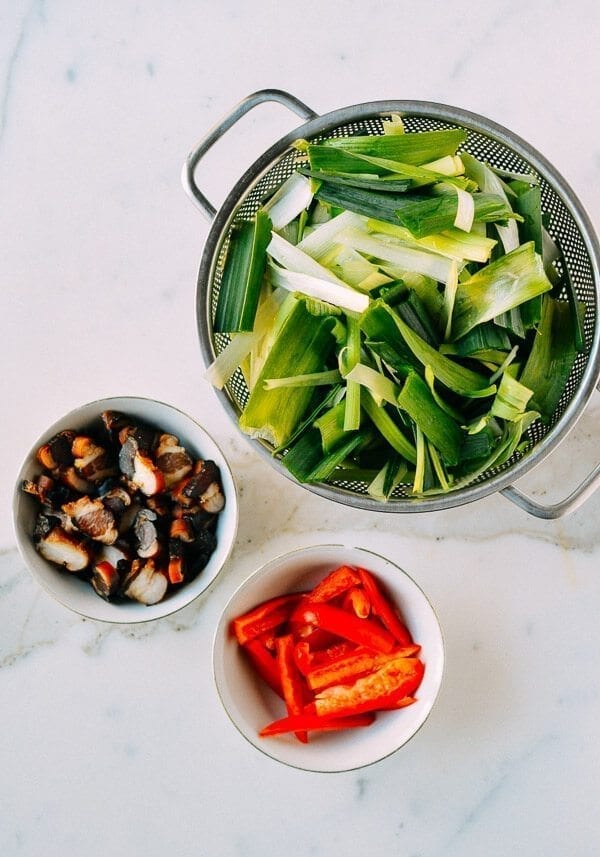 Heat the oil in a wok over low heat. Add the pork belly and cook just until the fat is translucent (don’t cook it for too long, or it will become tough). 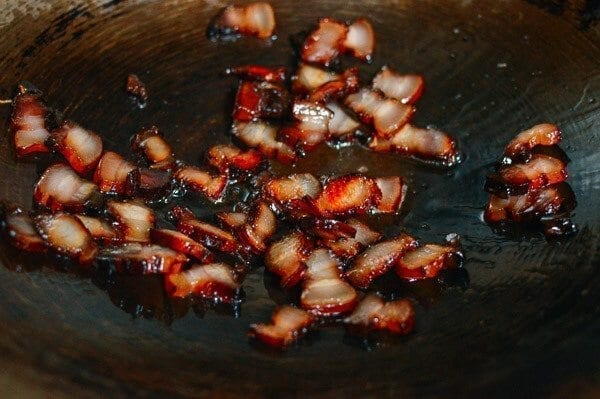 Add the red bell pepper and turn the heat up to medium. After stir-frying for about 30 seconds, turn the heat all the way up to high and toss in the leeks, along with the Shaoxing wine, white pepper, sesame oil, sugar and light soy sauce (生抽). 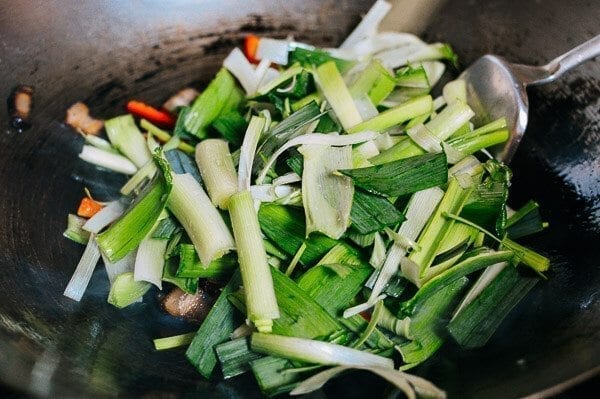 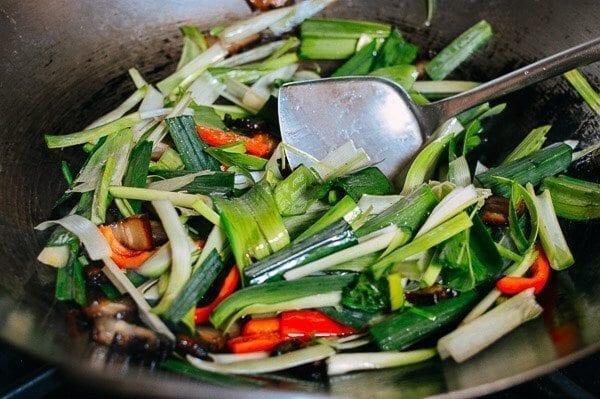 Continue to stir-fry until the leeks are wilted. Serve! 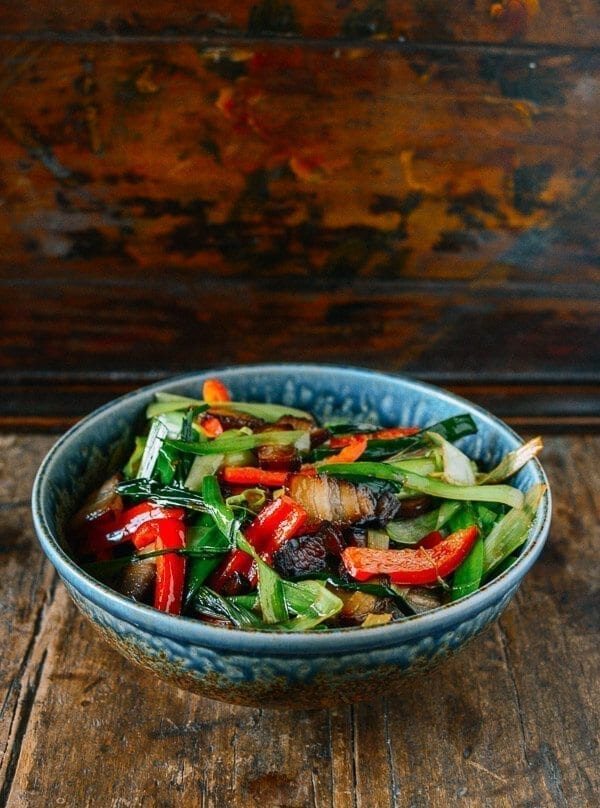 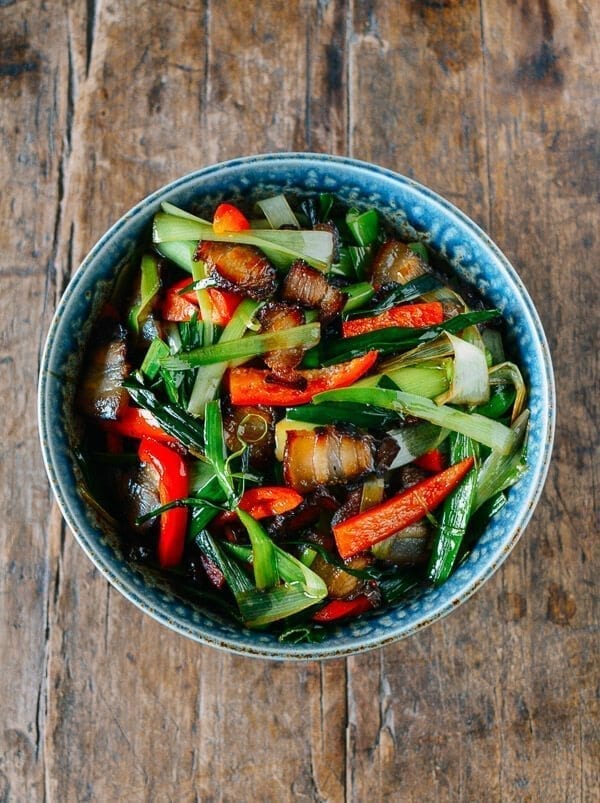 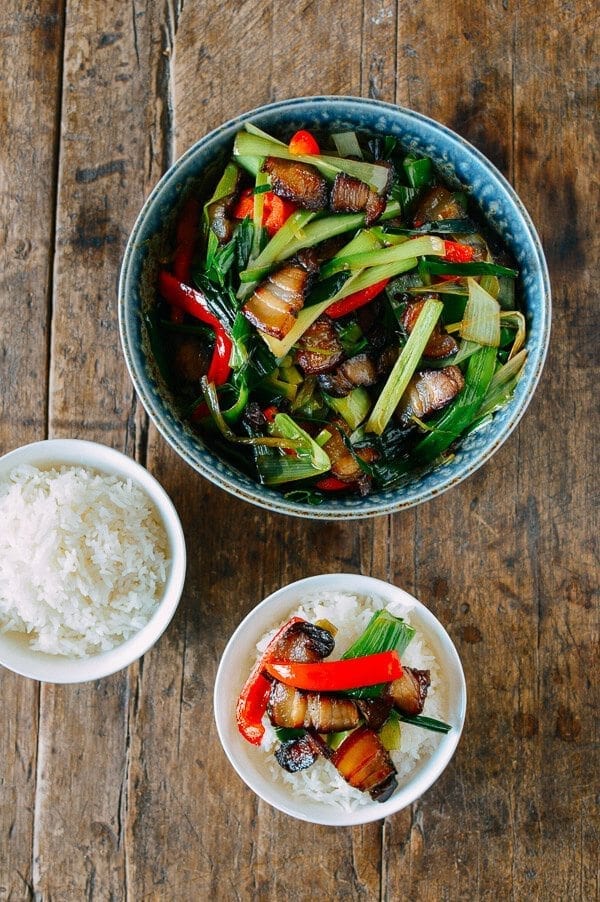