Cold noodles with shredded chicken, or 鸡丝凉面, is a Sichuan dish, but it’s extremely popular across China as a tasty and cooling street food during hot summer months.

Cold noodle dishes in general are quite popular in China. Many restaurants have their own version, and every family has their own favorite recipe. In general, cold noodles are prepared with a slightly tangy sauce consisting of aromatic sesame paste and raw garlic and scallion. I personally don’t like the texture of sesame paste, or tahini, so I used roasted peanuts. The peanuts add a nice crunch to the dish! But feel free to use one, the other, or both––whatever suits your tastes. 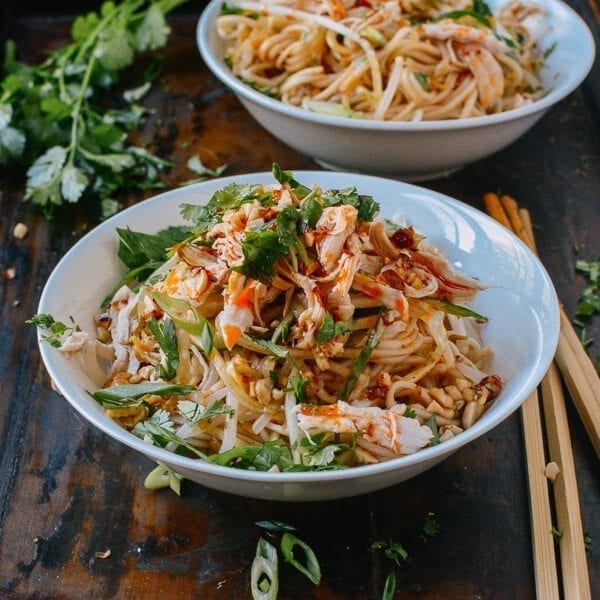 For some, the idea of eating cold noodles may be a bit strange, but think of it as the Chinese version of a pasta salad. And at the end of the day, let’s be honest, nothing–not even scorching summer heat–will keep Chinese people from their noodles. There’s always a workaround in Chinese cuisine! 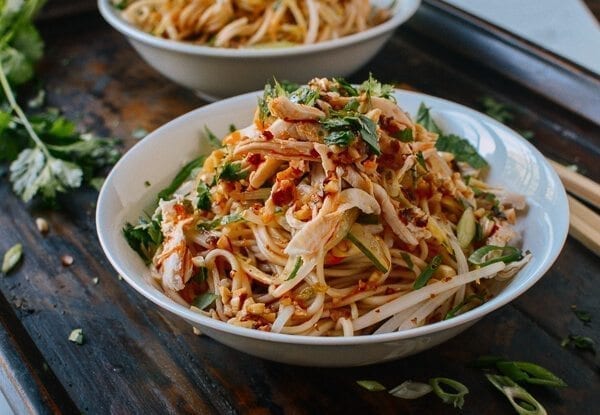 When the water comes to a boil, add the chicken, and bring to a boil again. Immediately cover the pot, shut off the heat, and let the chicken sit in the water for 22-25 minutes. In the meantime, prepare the rest of the ingredients. 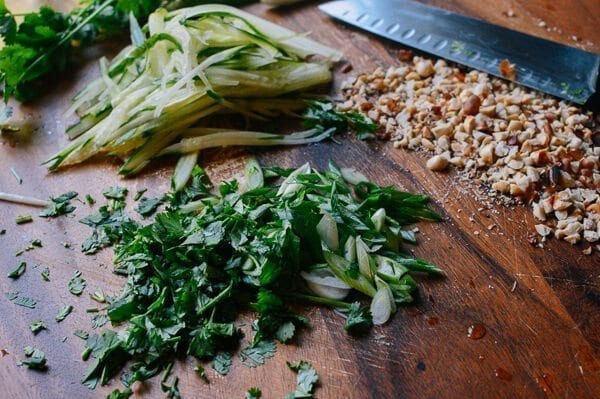 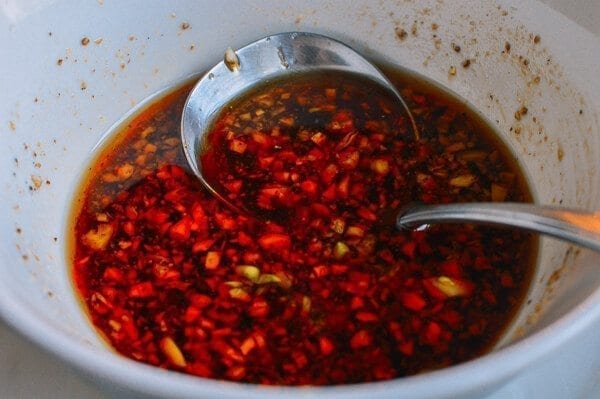 Cook your choice of noodles by following the package instructions. Remember, no one likes soggy overcooked noodles, so keep an eye on them or set a timer! Drain the noodles and rinse thoroughly under cold water. They’re now ready to use. If you’re not ready to eat them right away, mix in about 1-2 teaspoons of oil to prevent the noodles from sticking together.

Assemble the noodles by mixing the following together: noodles, shredded chicken, julienned cucumber, bean sprouts, chopped peanuts (see our wok fried peanuts recipe), scallion and cilantro. Pour the sauce over everything and toss together. Serve! 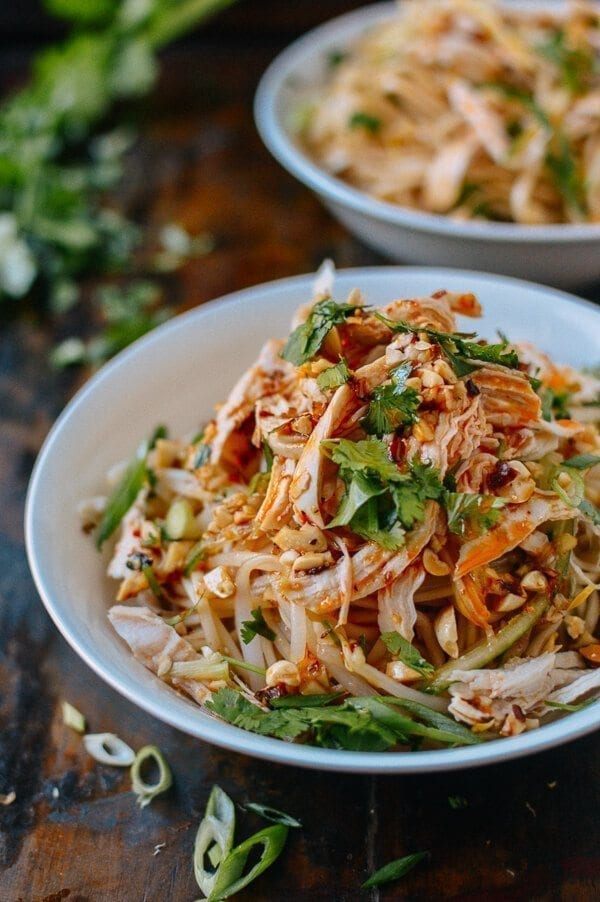 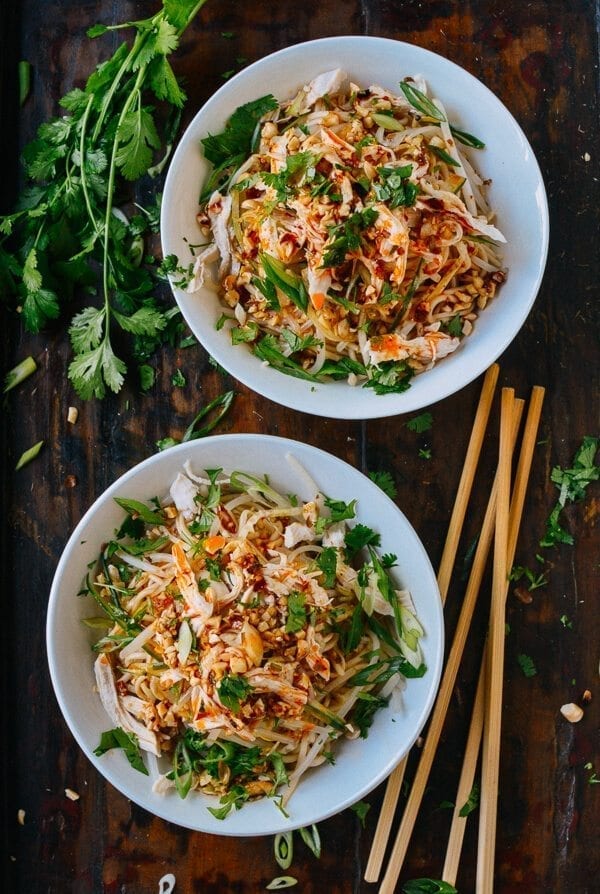 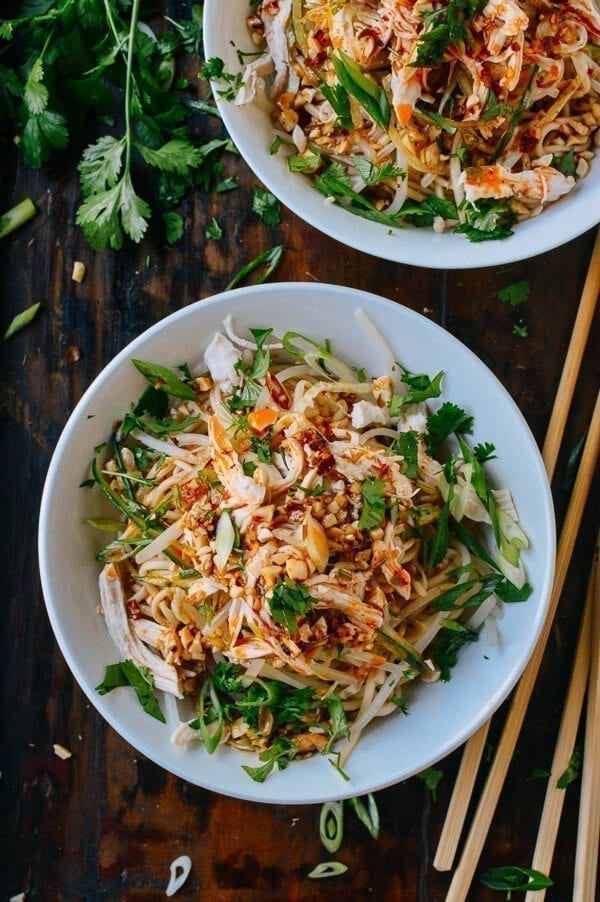