Chinese Stuffed Peppers are a popular Southern Chinese street food, but most commonly seen stateside on steaming dim sum carts. I remember when I was a kid, my mother would make this dish with green bell peppers from the garden, often alongside her Hakka-style stuffed tofu or perhaps stuffed eggplant, which are other dishes you might see at dim sum. These days, I always pull all three of those dishes off the dim sum cart.

My mother used the same stuffing for tofu and peppers, but the stuffing can vary greatly depending upon where you have it or who prepares it. Generally, it will have one (or some combination) of three ingredients: ground shrimp, fish, or pork. For this recipe, I used shrimp for a lighter texture and also because…shrimp is awesome. If you do use pork, I suggest using a fattier ground pork for better flavor and texture.

As for the peppers, you can use bell peppers of any color, long hot green peppers, cubanelles–you name it. As you’ll see in the photos, we’ve used both green bell peppers and long hot green peppers. We’ve also got a few pepper seedlings in the garden, and I know that we will be experimenting with different versions of this Chinese stuffed peppers dish once they start producing! 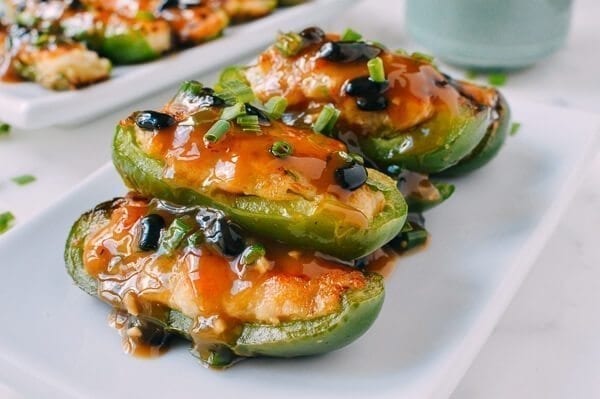 While this dish may look a bit intimidating, the preparation is very straightforward and, unlike western-style stuffed peppers (which I also love), Chinese stuffed peppers do not require any baking or roasting. This is basically a one-pot dish that involves pan-frying and a little braising (depending upon the pepper you use), and then cooking the flavorful and silky fermented black bean sauce that gets poured over the top. 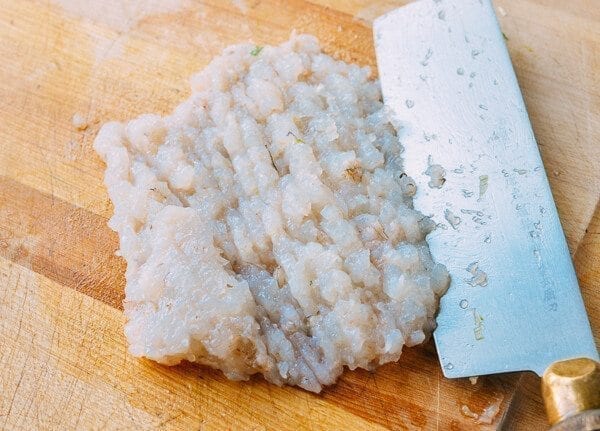 Chop the scallions. Set aside half of the green portion for the sauce. Add the rest of the chopped scallions to the shrimp, along with 1 teaspoon salt, 2 tablespoons vegetable oil, 1/2 teaspoon sesame oil, 1 1/2 tablespoons cornstarch, 2 teaspoons Shaoxing wine, and white pepper to taste. 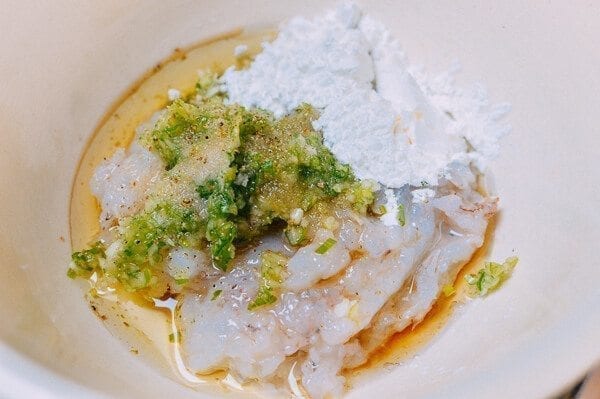 Use a fork to beat/whip the shrimp until it is smooth and all the ingredients are well-combined. 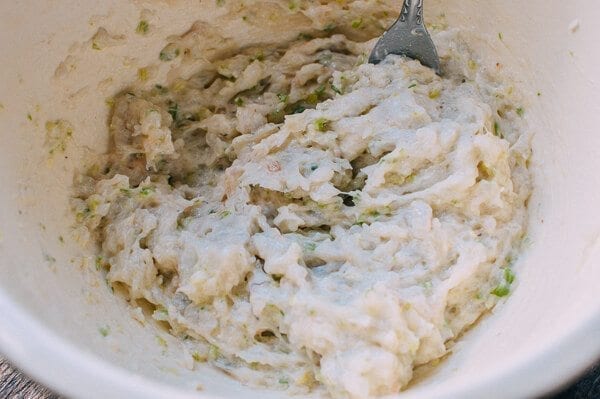 Pop the stems off the bell peppers and follow the lines of each pepper to cut into 3-5 segments. Remove the seeds. If using long hot green peppers, just cut them in half lengthwise and remove the seeds. 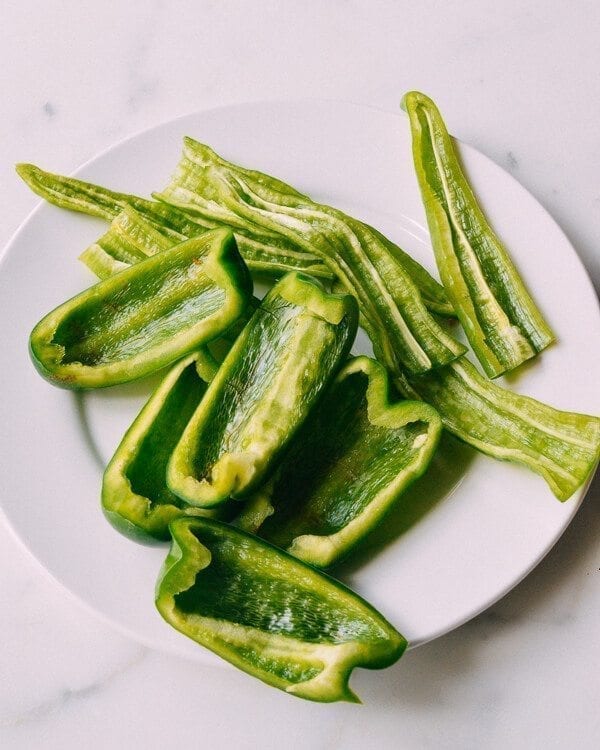 Stuff each pepper segment with the shrimp mixture until the filling is even with the edges of the peppers. You can also trim the ends of the peppers to ensure they are flush and at the same level of the filling. This will make the stuffed peppers easier to cook. 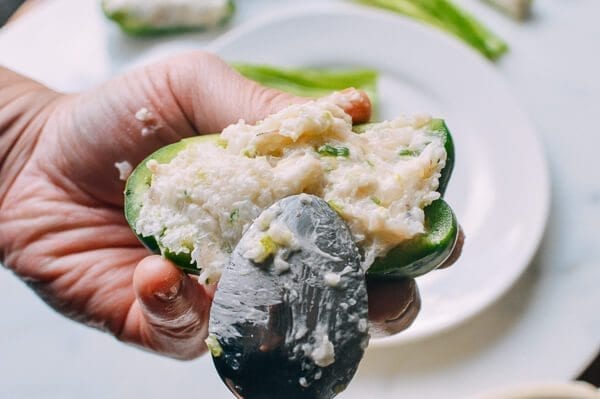 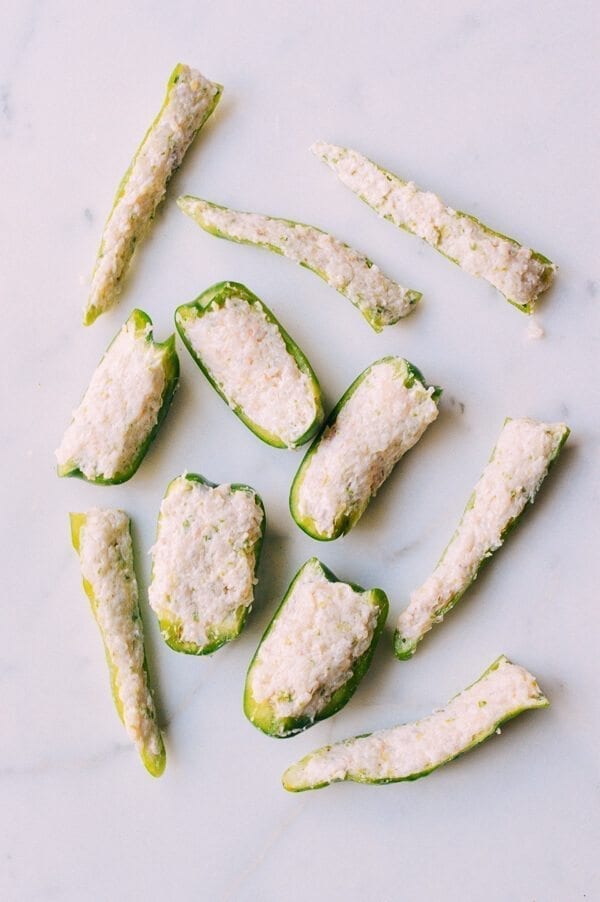 Heat a tablespoon of oil in a wok or skillet over medium high heat and place the peppers in the oil, stuffing side down. Cook until they are browned, about 2 minutes. Turn your Chinese stuffed peppers over to sear the bottoms for another 2 minutes, turning the heat down if they start to get too dark. If using the long hot green peppers or another variety of thin-fleshed pepper, simply transfer them to the serving plate. 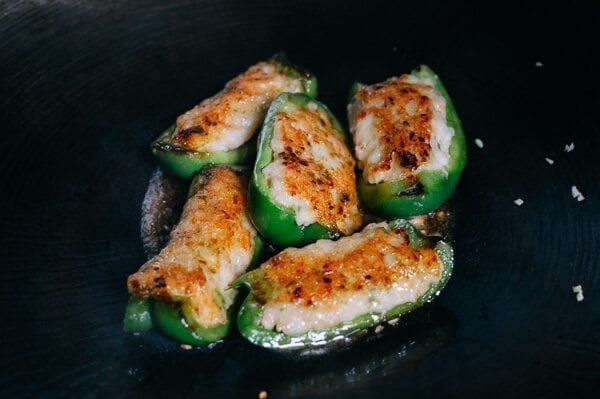 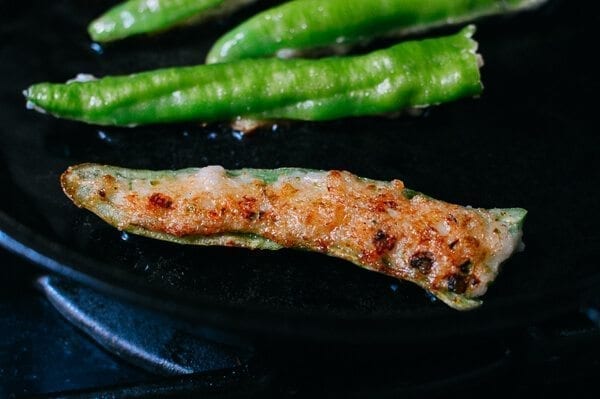 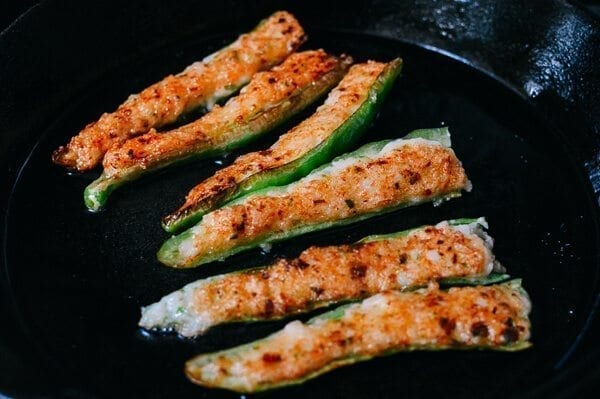 If using bell peppers, which have thicker flesh and take longer to cook, add 2 tablespoons of water to the pan, cover, and steam for another 2 minutes, or until the peppers are just tender. Set aside on a serving plate.

It’s time to make the sauce, which only takes a couple minutes. Heat the wok over medium heat and add the oil, garlic and fermented Black Beans. Stir-fry for a few seconds and add the Shaoxing wine. 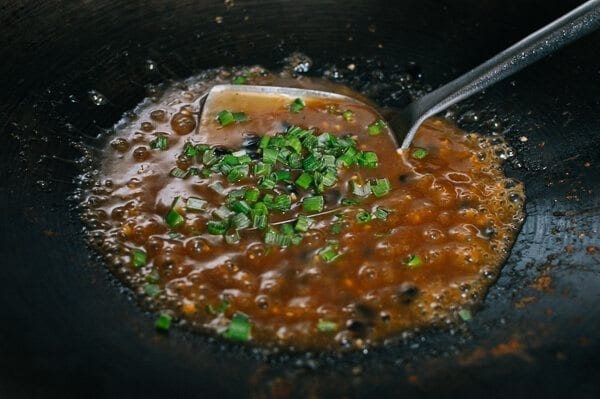 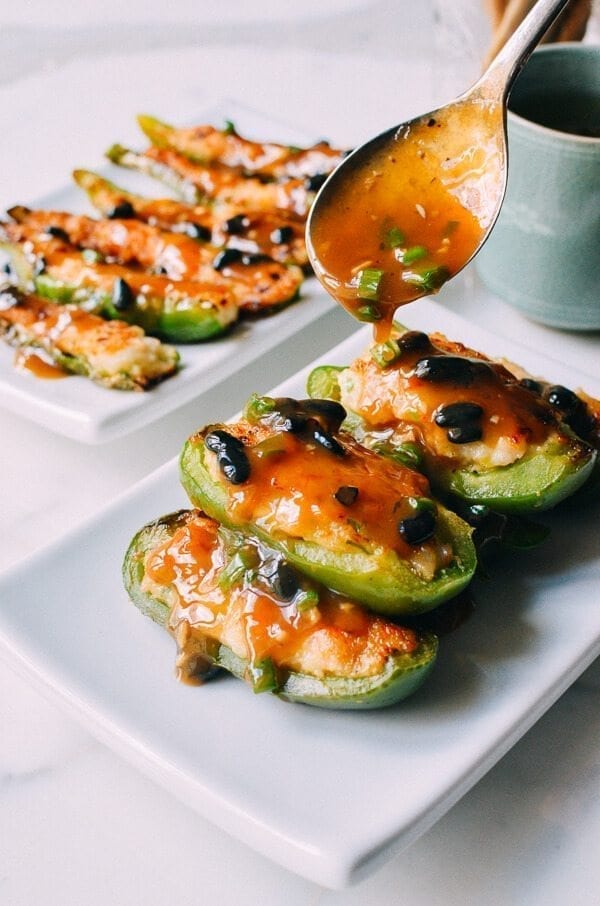 Serve these Chinese stuffed peppers dim sum style or with rice as a meal! 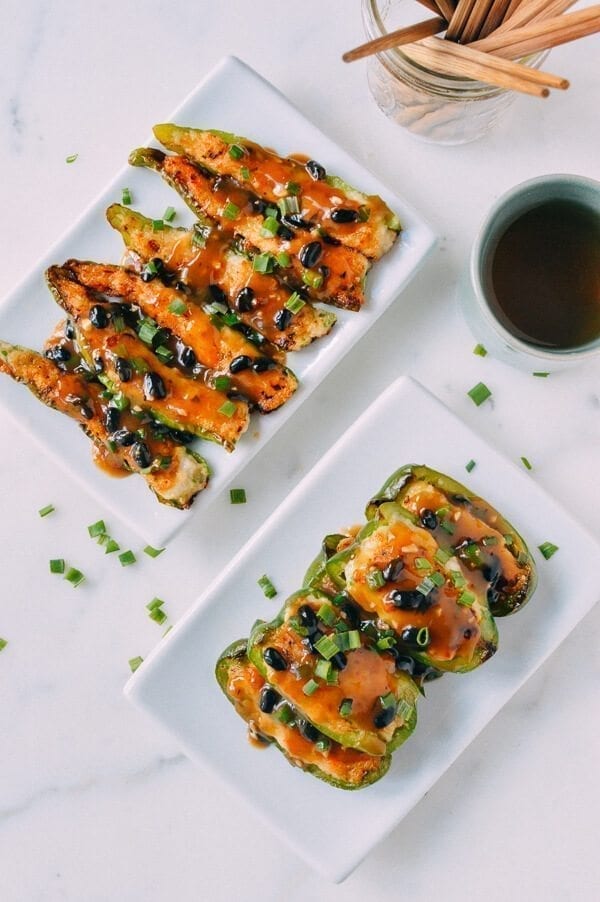 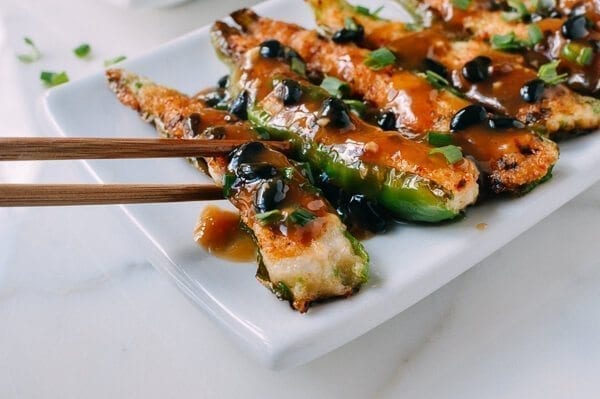 40 Garlic Chicken with an Asian Twist