With the exception of our vegetable dumplings, most of the dumpling recipes that we’ve posted on the blog thus far—from soup dumplings to wontons—have used traditional pork fillings. Most (if not all) of the dumplings I grew up eating have been made with some variation of a pork filling, and it’s true that pork is invariably the meat of choice when it comes to the dumpling-making arts.

While living in China, however, I was introduced to a plethora of new dumpling types, including dumplings made with lamb, beef, and even tofu. I was also introduced to dumplings that were made with chicken, and I immediately wanted to come up with a version of my own, since several of our readers have requested that we post a recipe for chicken dumplings.

This chicken dumpling recipe includes shiitake mushrooms––both fresh and dried––to give them a really deep, meaty flavor. I also included a decent amount of oil in the filling (about 3 tablespoons), to keep the dumpling filling moist, especially if you’re choosing to use lean ground chicken breast instead of dark meat.

I have to say, after making these, I’ve decided that chicken dumplings can totally stand up to traditional pork dumplings, and I will be keeping a bag of these in the freezer for the foreseeable future. They’re that good! 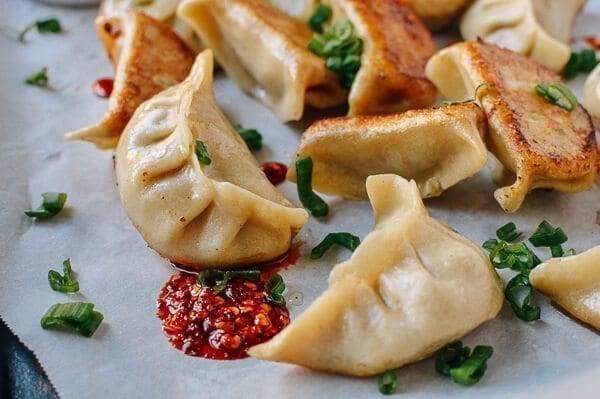 Put the flour in a large mixing bowl. Gradually add the water to the flour and knead into a dough. This process should take about 10 minutes. Cover with a damp cloth and let the dough rest for an hour. 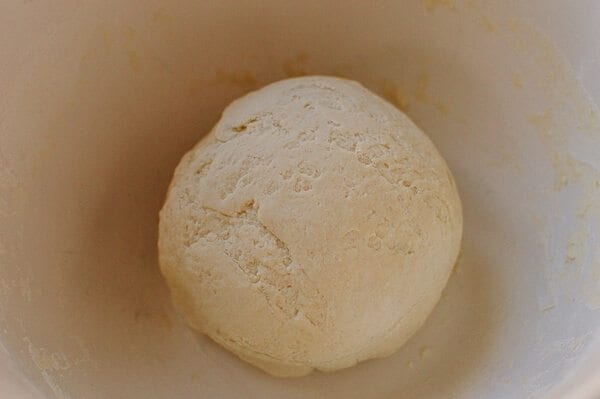 In a large pan, heat 2 tablespoons oil over medium heat. Add the onion and cook until translucent. 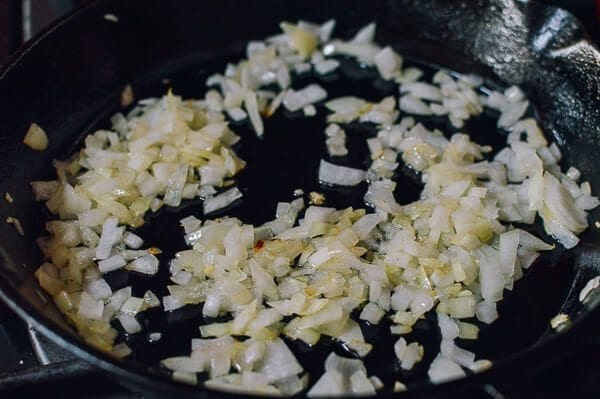 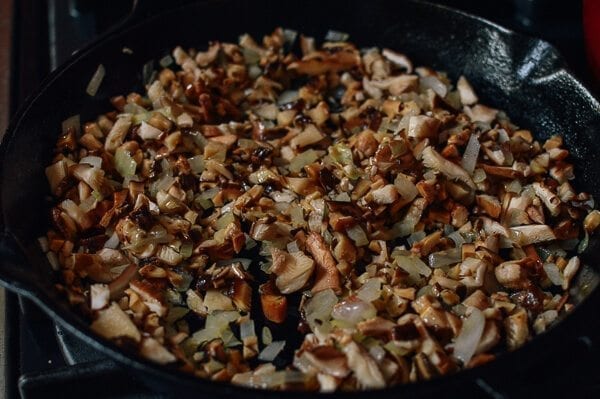 Cook for 8-10 minutes, and transfer to a bowl, along with the ground chicken, sesame oil, soy sauce, sugar, Shaoxing wine, and 3 tablespoons oil. 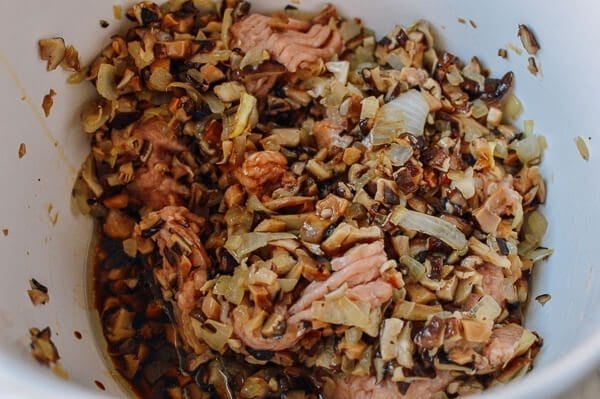 Use a pair of chopsticks to stir the filling together in one direction for about 5 minutes, until the mixture resembles a paste. 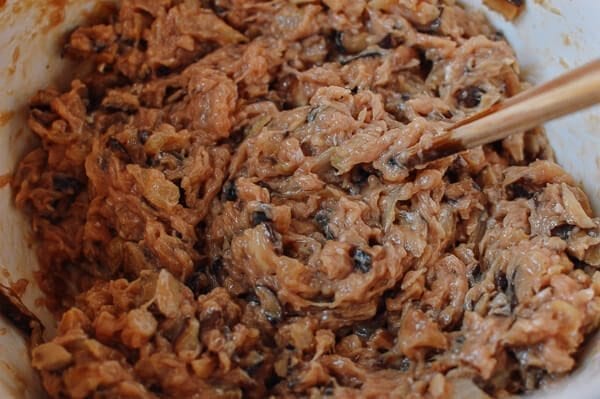 Divide the dough into 48 equal pieces. Roll out each piece into a rough circle about 3 1/2 inches in diameter, and add about 2 tablespoons of filling. 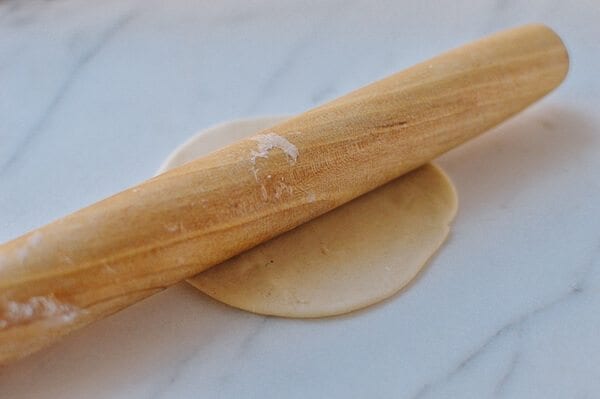 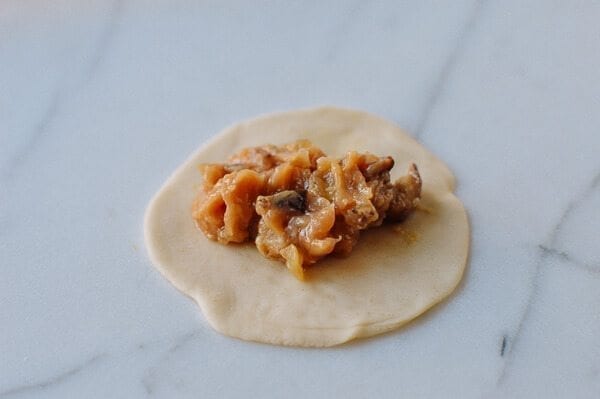 Pleat your chicken dumplings and ensure they are tightly sealed. For detailed step-by-step photos showing you how to do that, check out our full tutorial on how to fold dumplings (4 techniques, from beginner to advanced). 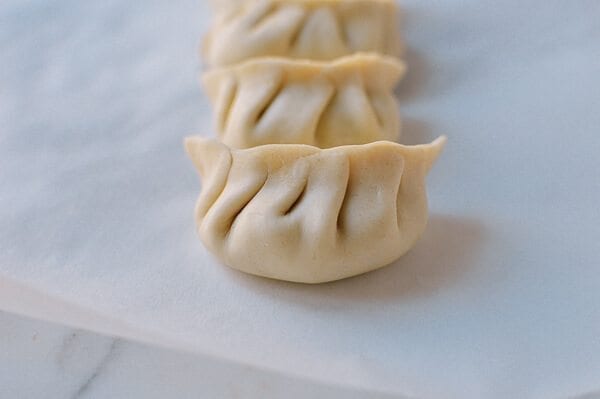 Continue until all the dumplings are assembled. 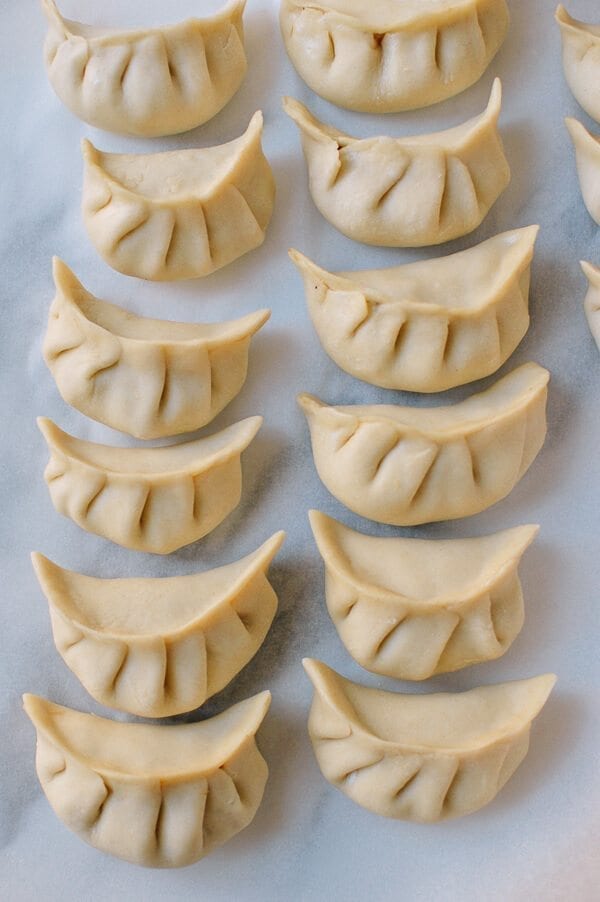 At this point, you can place the dumplings on a parchment-lined tray (spaced apart, so they aren’t touching each other), and freeze solid. Then you can transfer to zip-top bags and store in the freezer.

To cook the dumplings, whether fresh or frozen, add a tablespoon of oil to a non-stick or cast iron skillet over medium high heat. Add the dumplings to the pan, and allow to fry. 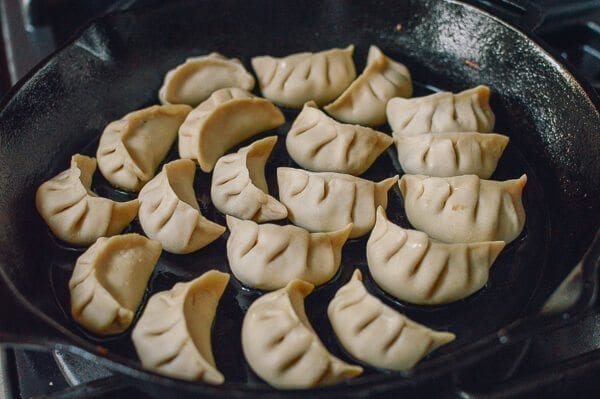 When the bottoms of the dumplings are lightly golden brown, add enough water to come about 1/4 inch up the pan, and cover. When the water has steamed off, uncover, and allow the dumplings to continue frying until golden brown.

Serve with chili oil or our favorite dipping sauce! 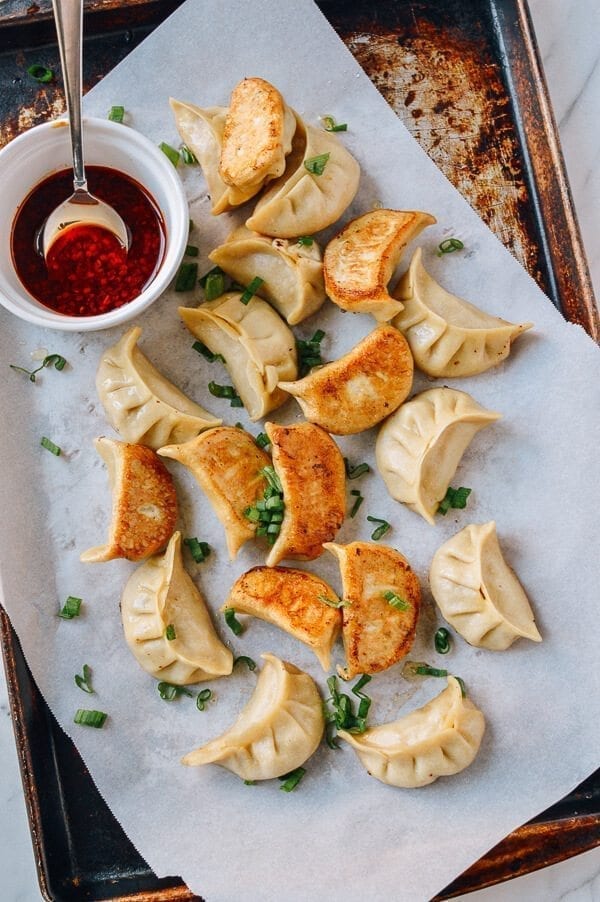 If you’d rather not fry the dumplings, you can also toss them into boiling water, stir gently so they don’t stick to the bottom of the pot, and cook until they float to the surface. They’re great both ways! 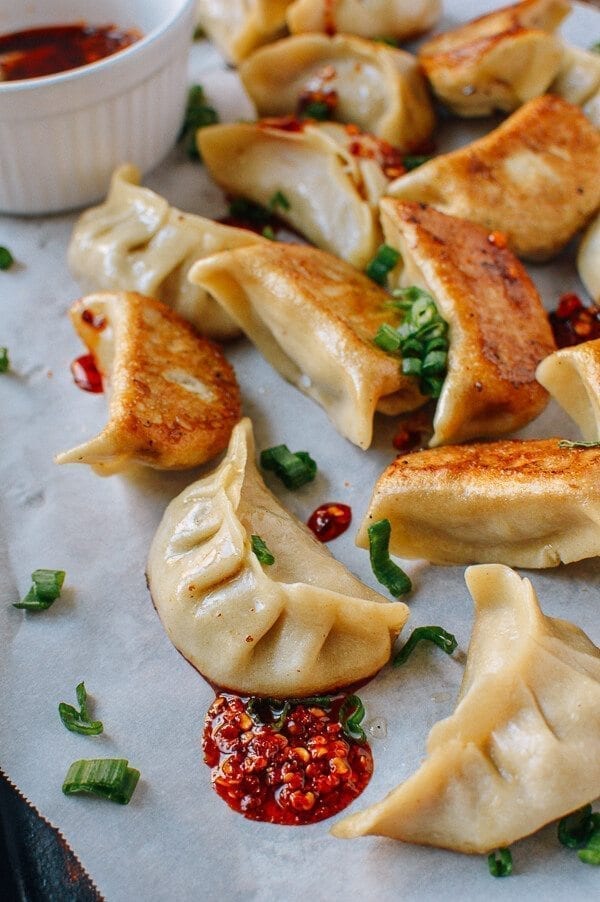 If you want to learn more about dipping sauces, see our post on how to make a  traditional dumpling sauce. 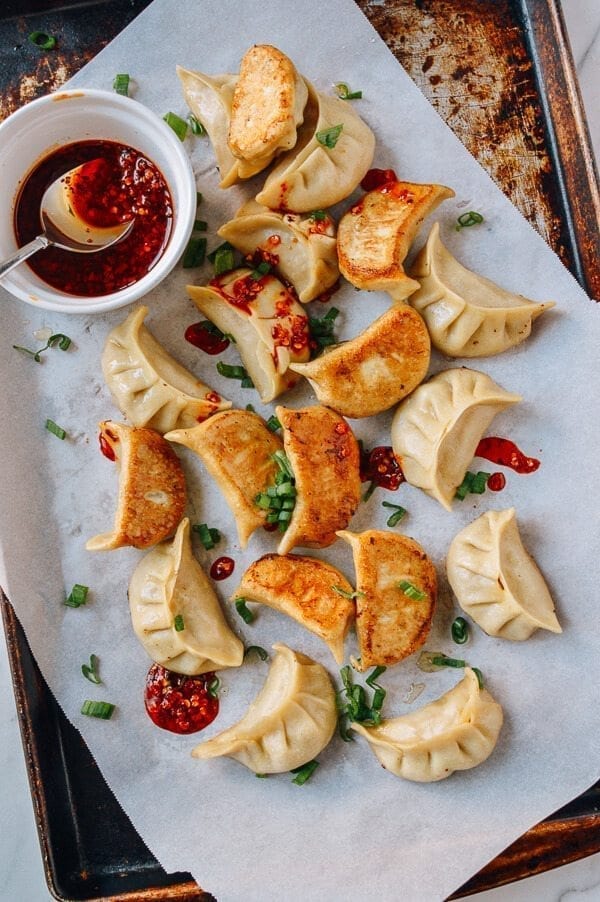