Ever since we started The Woks of Life, we’re always looking for new and creative ideas to experiment with on the blog. As such, I’ve started looking at every visit to a new restaurant as “research.” (As you can imagine––especially when the four of us are together––this can lead to major cases of over-ordering. Because apparently it’s ok to order enough food for 8 when you’re doing it in the name of academic inquiry).

On a recent (work-related) trip to Las Vegas, I ate at a restaurant called China Poblano––a restaurant whose concept is, somewhat inexplicably, a mixture of both Chinese and Mexican cuisine. It’s not fusion food or anything. They weren’t trying to put Char Siu on a taco. They just had both Chinese dishes and Mexican dishes side-by-side on the same menu. So basically, you could order chips and guacamole as an appetizer, eat noodles, siu mai, and more noodles for a main course, and wash it all down with a margarita.

It was weird, but it kind of worked.

One item on the menu that stood out to me (not sure if it’s still there) was a soy sauce noodles dish with sweet potatoes and shiitake mushrooms. It was kind of a brilliant combination. I rarely think to do carb on carb kind of dishes, i.e. putting ingredients like noodles and potatoes together. But the earthiness of the mushrooms and the natural sweetness of the sweet potato were both amazing when combined with the caramelized soy sauce noodles and the toasty wok hei flavor from the stir-frying process. I decided to replicate it at home, and came up with this recipe.

Give it a try, let me know what you think, and don’t be afraid to get quirky and serve it with some tortilla chips and guac on the side. (Kind of a joke, but also kinda not.) 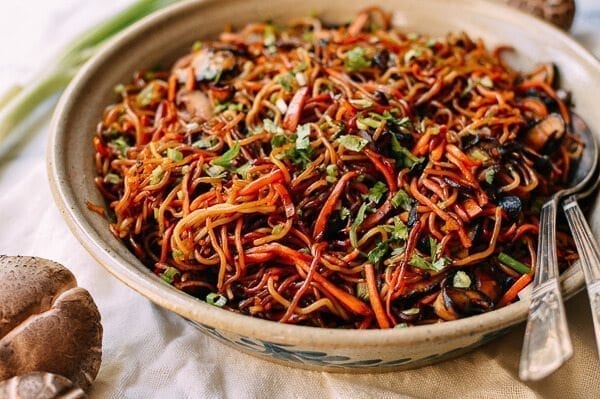 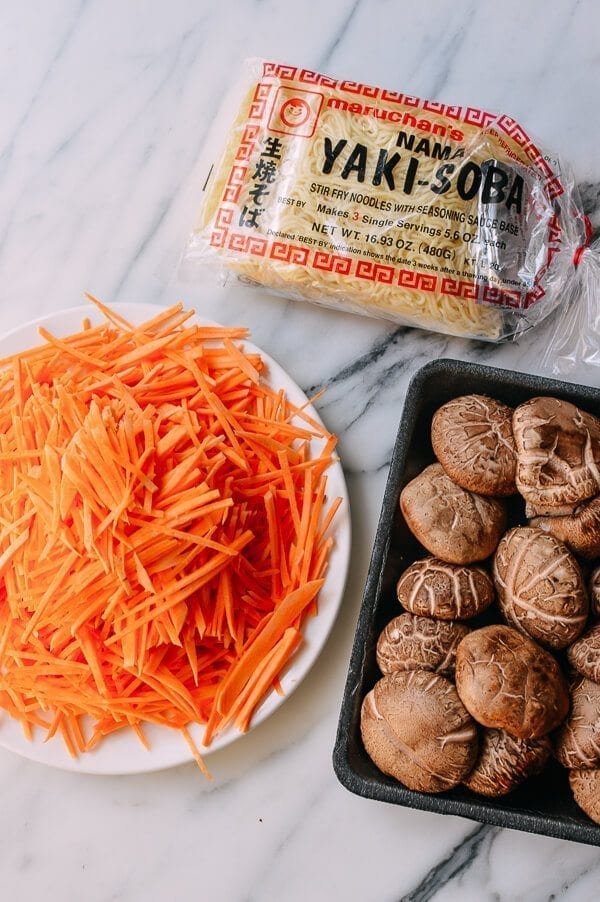 Heat 3 tablespoons oil in a wok over medium high heat, and add the julienned sweet potatoes. 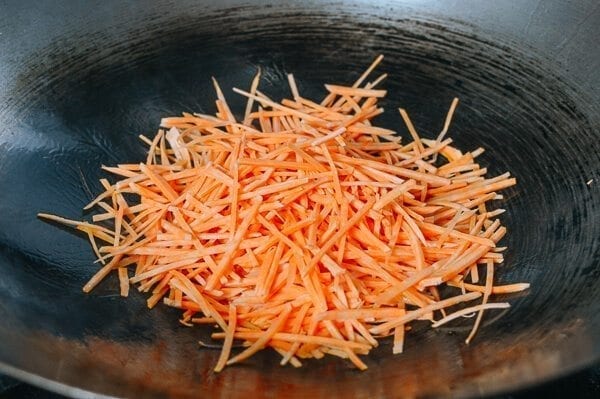 Stir-fry for about 5 minutes, allowing the sweet potatoes to brown. Remove from the wok and set aside. 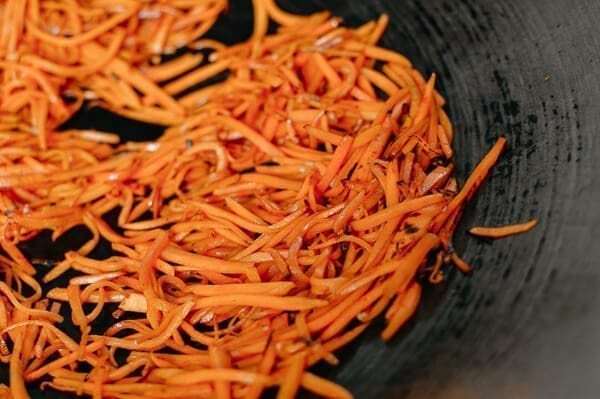 Add another 3 tablespoons of oil to the wok (still over medium high heat), and add the shiitake mushrooms. 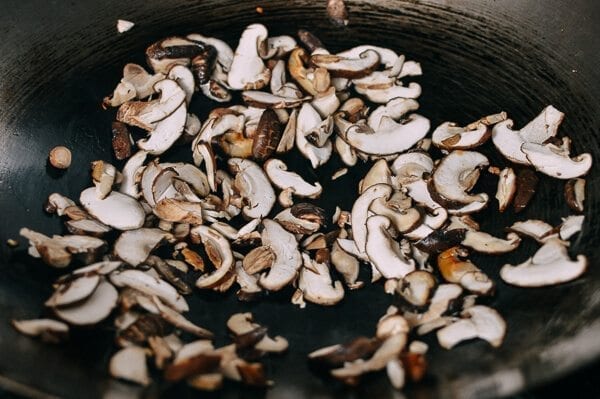 Stir-fry until the mushrooms are softened and slightly browned, splashing in a little more oil if it’s too dry. 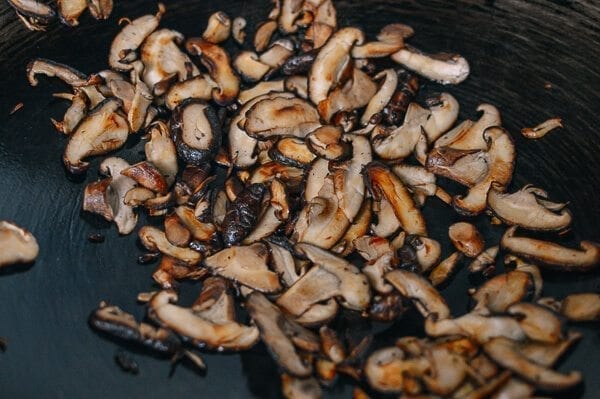 Crank up the heat to high, and add in the fresh yakisoba, udon, or lo mein noodles, cooked sweet potato, and sauce mixture. 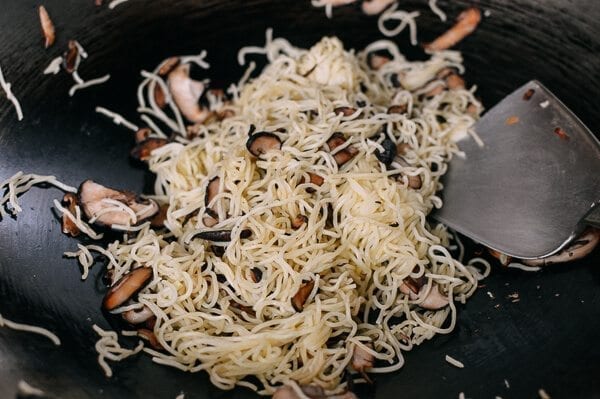 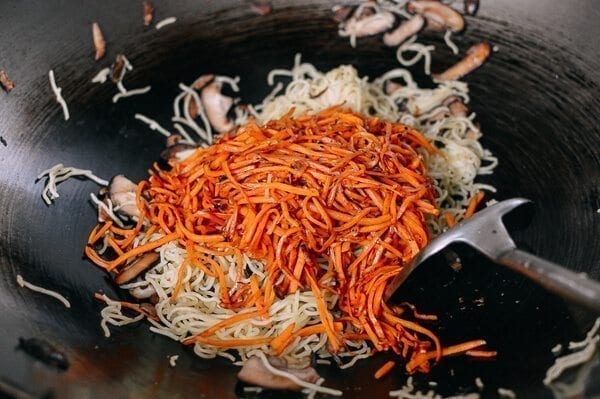 Stir-fry and quickly toss everything together. Serve, sprinkled with chopped cilantro and scallion (if using). 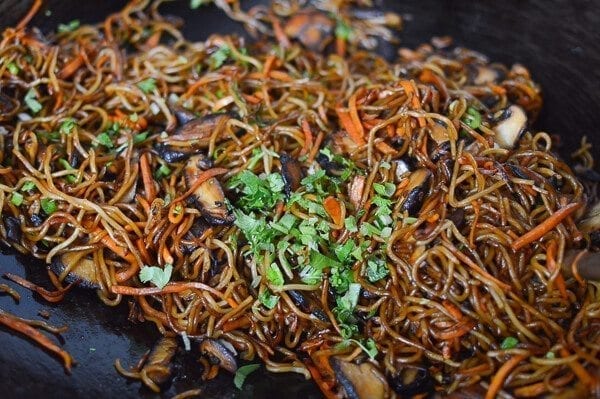 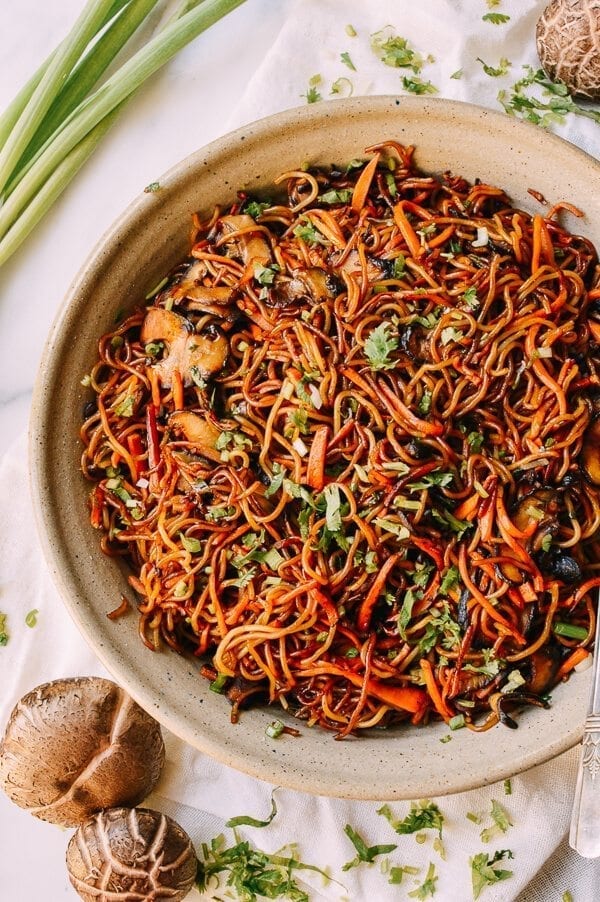 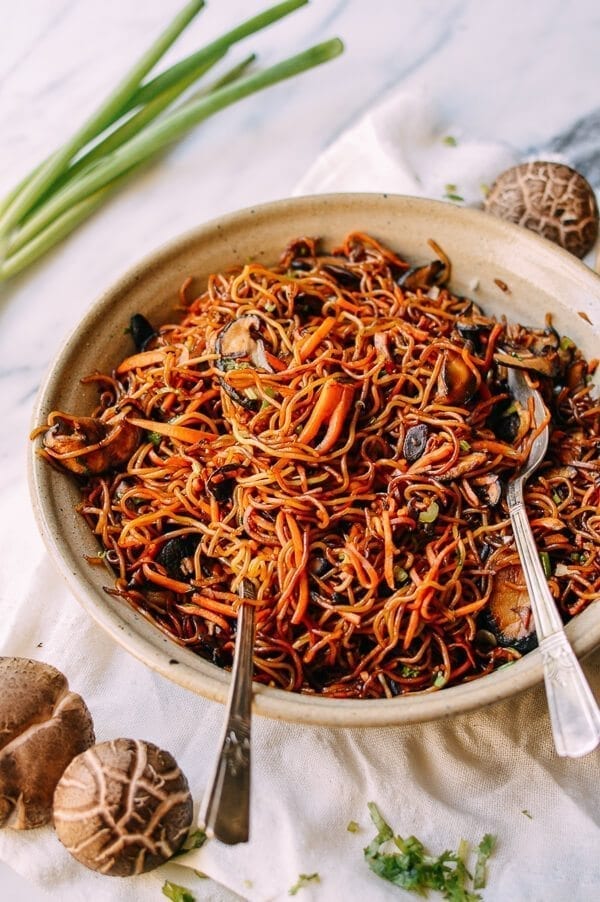 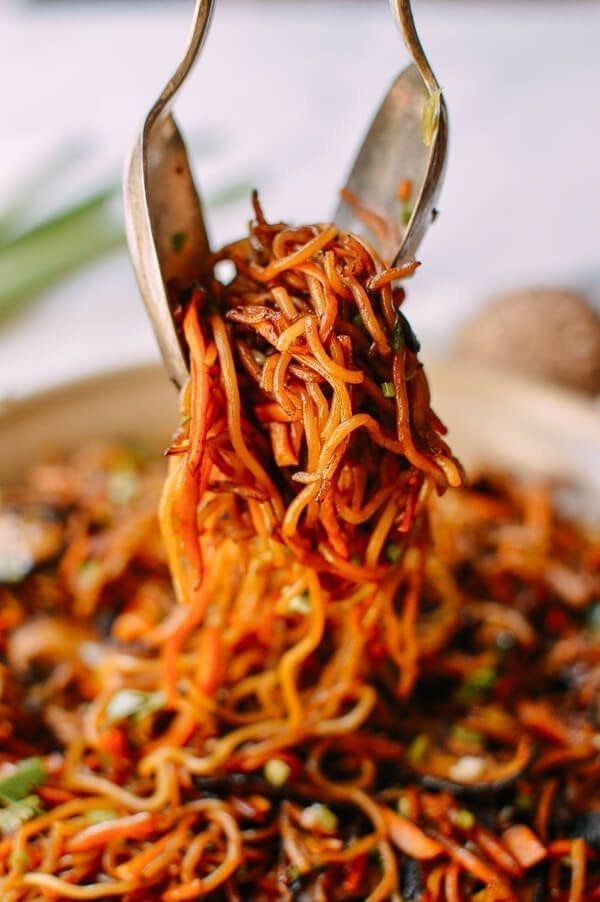 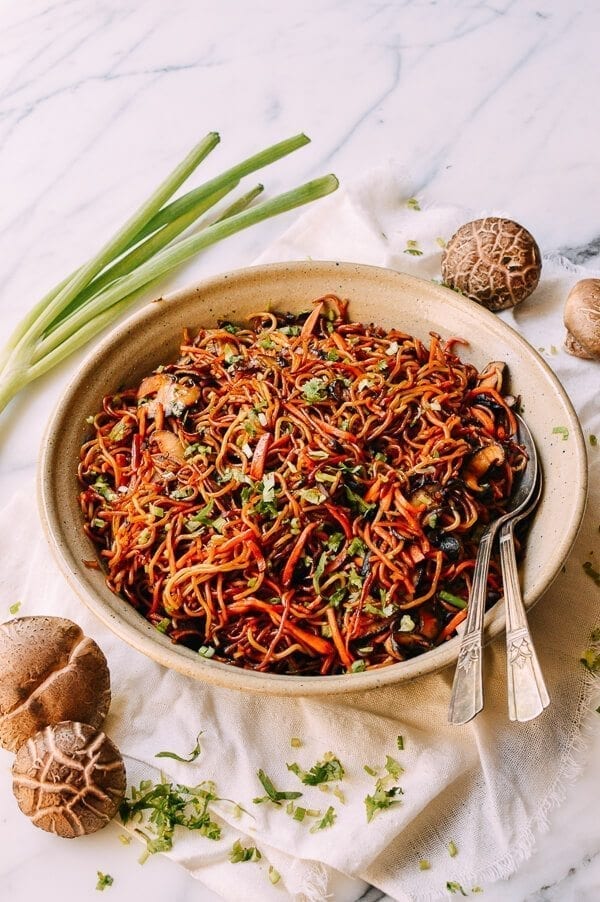